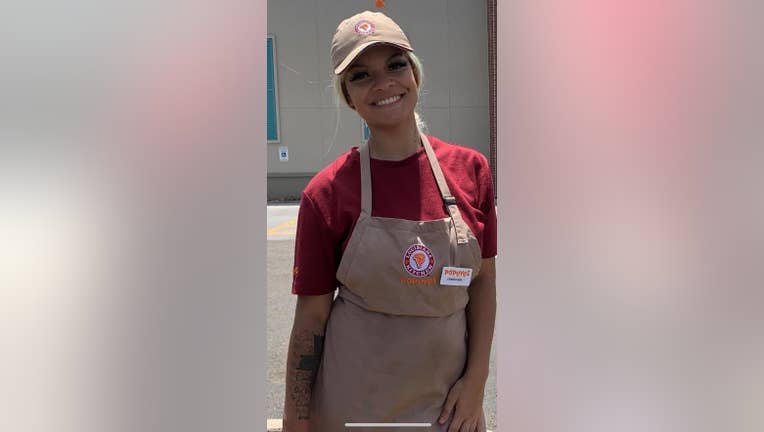 Our earlier story is below:

The Prescott Valley Police Department is asking for the public’s help to locate missing teenager.

According to a tweet made by the department on Aug. 2, 17-year-old Christiana Marie Hunter was last seen on Aug. 1, after she went on a break from a Popeye's restaurant location in the area.

"It is believed that she is with a work colleague, Floyd Jackson, who went on a break within 8 minutes of Christiana. They were last seen together at a family member of Floyd’s," read a portion of the statement.

Hunter is described as a 5'5" tall, 170-pound Black woman with brown eyes and black curly hair. She was last seen wearing a Popeye's uniform and a blonde wig.

Jackson, meanwhile, is described by police as a 35-year-old man who is believed to be driving a stolen 2001 Jaguar S‐Type vehicle with Arizona license plate HGA4DTA.

"The owner of the vehicle has not given Jackson permission to take the car, and it has been reported as stolen," read a portion of the statement.

Anyone with information is asked to contact the Prescott Valley Police Department at 928‐772‐9267.