Riot House in Old Town Scottsdale reportedly violated health guidelines amid the coronavirus pandemic, and have been charged with misdemeanor violations. Several other clubs all be closing over the weekend.

SCOTTSDALE, Ariz. - Some bars and nightclubs in suburban Phoenix have temporarily closed and one was charged after receiving a notice ordering them to comply with social distancing and facial covering requirements as Arizona reports increasing confirmed coronavirus cases.

A statement released on June 25 says officers observed staff and customers at the nightclub not practicing social distancing and not wearing face coverings, as well as not complying with their plan. 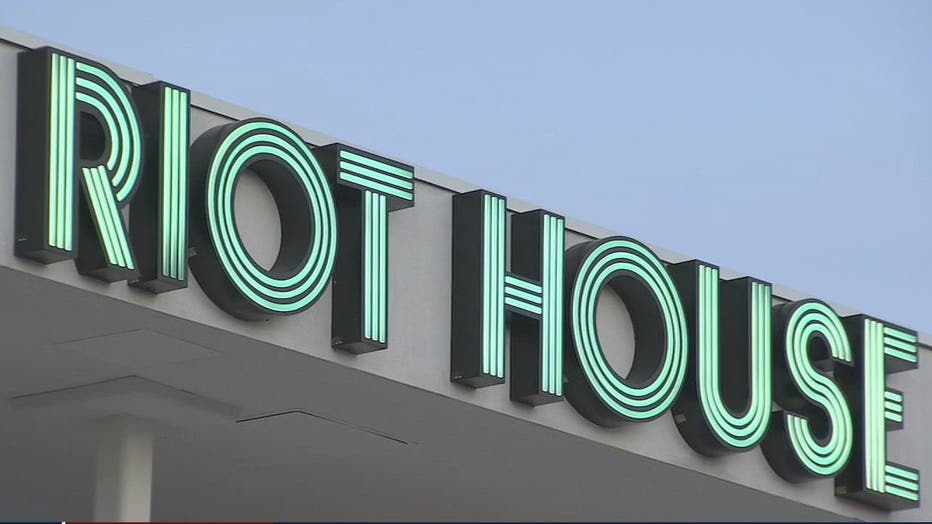 During his news conference, Governor Doug Ducey said the Department of Liquor sent final notices to Bottled Blonde, Pattie's, Casa Amigos, El Hefe, International, Maya Day Club, and Hi-Fi to comply with his executive order. All eight bars, including Riot House, are in or near Scottsdale’s Entertainment District in Old Town.

Riot House was one of eight bars and restaurants receiving notices from state liquor licensing officials for not following social distancing guidelines, but the only one charged. It is believed to be the first case against an Arizona business during the pandemic alleging an accusation of failure to follow social distancing rules.

Hours after the governor spoke, Riot Hospitality Group announced it was closing its nightclubs that include Riot House, El Hefe, and Dierks Bentley's Whiskey Row until at least Sunday. It was unclear when they will reopen.

The next day on June 26, Evening Entertainment Group announced it would also close Bottled Blonde, HiFi Kitchen and Cocktails, Casa Amigos and Skylanes.

"We've made significant efforts to maintain a safe environment, but feel that temporarily closing is the best way to support our team and our guests during this current spike," read the statement from owners Les and Diane Corieri.

A third entertainment group, Spellbound, announced it will be closing Maya Day and Nightclub from "at least" June 26 through the July 4th holiday weekend due to COVID-19 concerns.

Since the stay-at-home order was lifted, FOX 10 has seen and received many videos that were posted to social media of young people crowding the Old Town Scottsdale nightclubs and bars. Since then, new signs have been placed in front of establishments telling customers that masks are required while inside.

People were seen gathering at Scottsdale bars, even amid news of a surge in COVID-19 cases in Arizona.

On June 18, Gov. Ducey issued updated guidelines for restaurants and bars to adhere to while cases in Arizona have rapidly increased.