GLENDALE, Ariz. - It has been more than a month since a teenager with autism ran away from her home in Glendale, and her family says they aren't giving up the search.

The community has rallied together to try to find Alicia. Her mother tells FOX 10 that other mothers have reached out to thank her for being so open about things she wished she would have done differently with her daughter, like paying more attention to her laptop and who she was talking to online.

Alicia's family awoke to find her gone on September 15. She ran away from her home near 45th Avenue and Bethany Home, leaving behind a note apologizing for running away.

"When she's on her own for this long that's a concern because of her age, her autism, her physical stature being very small in stature, very exploitable," said Sgt. Patrick Beumler with the Glendale Police Department.

Glendale Police say they have canvassed known sex offenders in the area and have responded to dozens of tips from people who believe they've spotted Alicia. There is still no sign of her.

"That is very strange, usually with a teenage runaway situation it is hard for them to stay that disciplined for them to stay off the grid so to speak for that amount of time, so it does raise some concerns for us," said Sgt. Beumler. 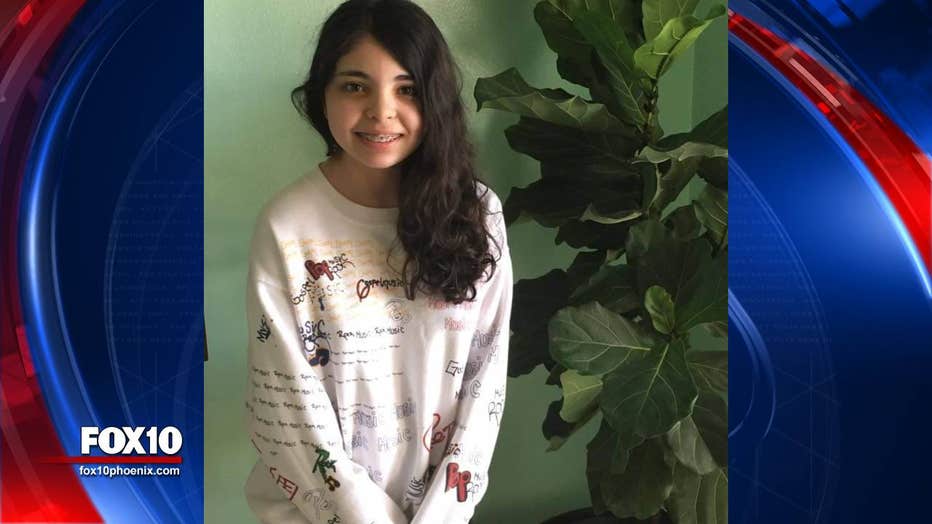 Her mom keeps searching and pushing because she believes Alicia is alive somewhere.

She thanks the community for giving her the strength to keep going.

"All the prayers, all the messages has helped me be where I am now and losing my faith or confidence that my daughter is coming home," says Alicia.

Police say there is no indication that Alicia has left the area. They encourage people to keep an eye out for her and call police if you think you've seen her.