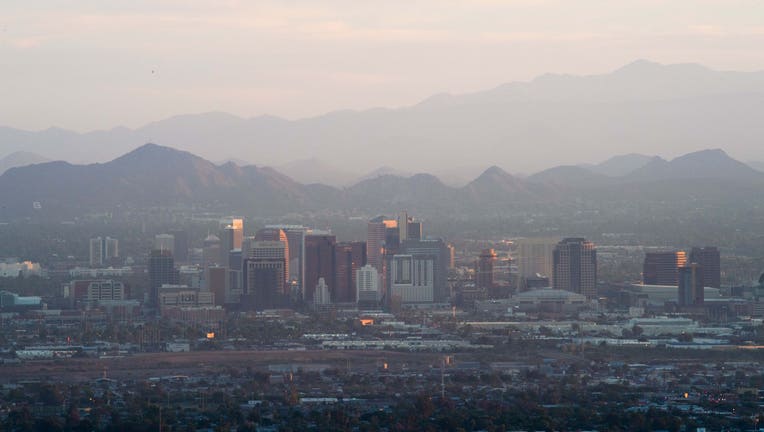 PHOENIX - As the cost of rent continues to skyrocket across the country, a new report is shedding some light on just how unaffordable it can be to live in the Grand Canyon State.

The Out of Reach report from the National Low Income Housing Coalition shows the gap between wages and the current cost of rentals in the United States. It shows how much money you need to earn and the number of hours you need to work in order to be able to afford a modest one-or-two-bedroom apartment in Arizona.

The average Arizonan needs to earn an hourly wage of $23.44 in order to afford a two-bedroom apartment. That's an increase of $1.14 from last year. For a one-bedroom rental, you would need to earn at least $19.13.

When it comes to the entire state, Flagstaff workers have it the toughest, as they must earn $28.35 per hour, with an annual income of nearly $59,000.

In Maricopa and Pinal Counties, workers would need an hourly wage of $25.21, with an annual income over $52,000. This equates to working two full-time minimum wage jobs, the report shows.

The next toughest city in Arizona is Prescott, as renters would need to earn $21.21 an hour with an annual income over $44,000.

The cheapest place where you will get the most bang for your buck is Santa Cruz County, where you can afford a two-bedroom apartment with an hourly wage of $16.27, according to the report.

MORE: Here are the 10 cheapest US cities for renters in 2022

Overall, Arizona ranked as the 18th most-expensive state in the country in the report.

The top five states are Hawaii, California, Massachusetts, New York, and D.C. West Virginia comes in at no. 50 on the list.

To view the full report on rental costs and minimum wage, click here.

Demand for rental assistance up as eviction rate increases

In Maricopa County, landlords are filing evictions at a rate that was last seen before the COVID-19 pandemic. As the county sees more tenants in need, can the dispersal of relief funds keep up with the pace of evictions? FOX 10's Justin Lum reports.

Phoenix is consistently ranking in several reports as one of the hottest housing markets, and it has been for months, but experts say we're starting to see some leveling out of the market.