Trial for a former football player at Chandler's Hamilton High School is set to start in a matter of weeks. FOX 10's Nicole Garcia reports,

PHOENIX - Nearly three years after several football players with Chandler's Hamilton High School were accused of sexual assault in a hazing scandal, a trial is scheduled to begin later in January.

Nathaniel Thomas, along with three other teenagers, were arrested. Thomas was 17 years old when he was arrested in March 2017, and has been out of jail on bond since. Thomas became the face of the Hamilton High School hazing scandal as the only teen charged as an adult.

At least five victims, as well as his former fellow teammates who were arrested as well, will testify in a trial that is set to begin on January 28.

"He's scared, but he's standing up for the point that he didn't mean to hurt anybody. He didn't rape anybody. This was locker room horseplay that was going on all the time," said Thomas' attorney, Robert McWhirter. "There's no reason. It's simply injustice singling him out like this." 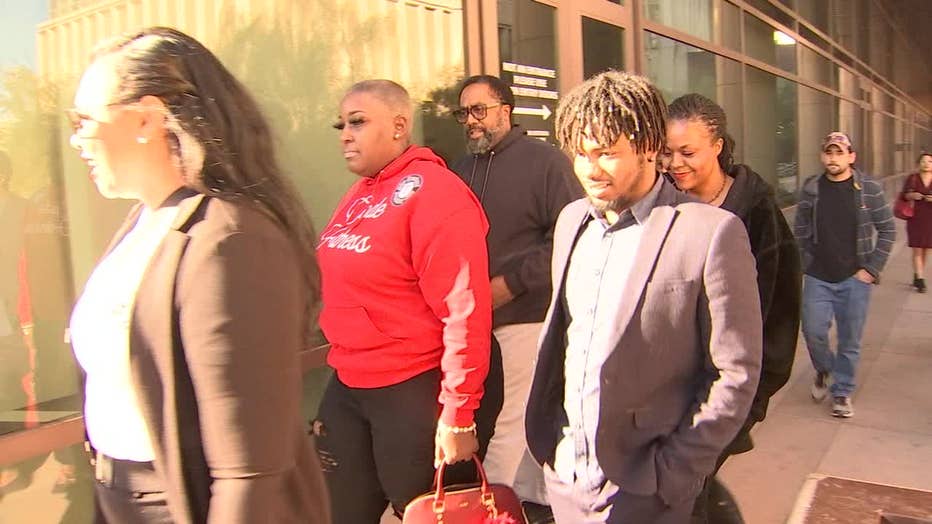 Along with Thomas, two varsity football players, who were 16 years old and 15 years old at the time, were arrested for the same incident. Their cases have since been settled n the juvenile court system, and they have all been subpoenaed to testify in the trial.

"The only thing that distinguishes the other boys, those boys were athletically talented," said McWhirter. "Those boys are playing in college now, and Nate [Thomas] was the outsider."

Thomas is accused o a number of offenses, including kidnapping, sexual assault, and molestation. As a condition of his release, he must live with his mother and wear an ankle monitor, and he's only allowed to leave his home to attend work, school and appointments.

As for the administrators who knew of the hazing at Hamilton High, the school's principal, Athletic Director, Head Football Coach and Assistant Football Coach were all re-assigned.

"His was pervasive," said McWhirter. "The officer actually recommended [that the] Coach, Assistant Principal, and Assistant Coach be charged with failure to report. This is an appalling lack of adult supervision going on here."

The majority of the lawsuit was settled last month, although the amount of the settlement has not been disclosed.