Team Rubicon, a non-profit, is helping towns in Gila County prep for possible flooding. FOX 10's Jennifer Martinez chatted with team members on how they helped those impacted by the Telegraph Fire.

GILA COUNTY, Ariz. - While the wildfires have calmed down, flooding raises another concern for counties, which can ultimately cause mudslides and erosion.

With storms expected to roll in, the focus is now turning to burn scars in the areas where wildfires have ravaged.

"Burn scars definitely, once you remove that vegetation, there is a potential to have flooding related to massive rains. It's something that we're very aware of and it's something that I know the city of Flagstaff and different communities all around that are dealing with these fires are very much aware of and they're actions to be proactive about that," said Jessica Richardson, the Rafael Fire spokesperson. 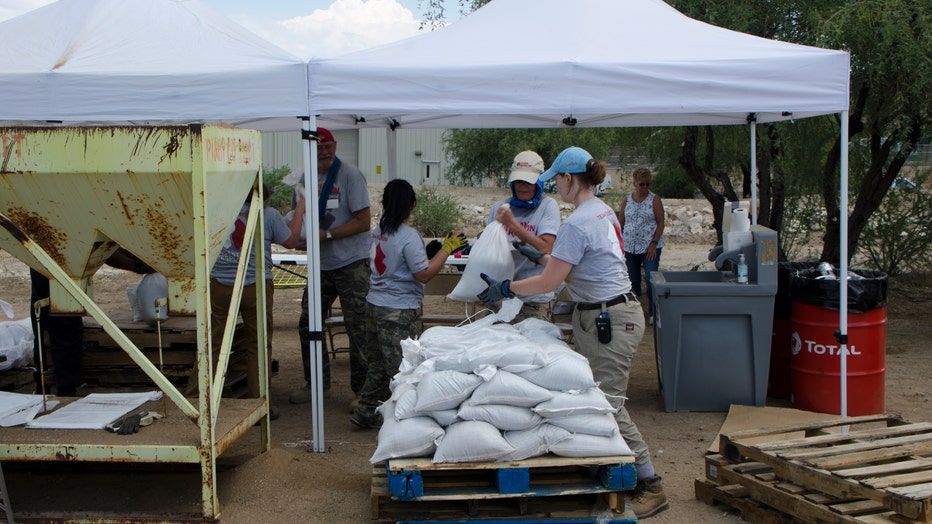 It's now a rush to get the communities in Gila County prepared.

That's where Team Rubicon comes in, a non-profit organization heading door to door in the county and sandbagging at-risk areas.

The volunteers come in after fire crews leave.

"We were able to go in and help people in vulnerable situations. It's a lot of elderly that may not be able to get to the places to pick up sandbags or even lift the sandbags around. We were able to place them for them," said Alicia Shields with Team Rubicon.

Team Rubicon says they're now down with the area of the Telegraph Fire and they will stay put until they are needed somewher else in Arizona.