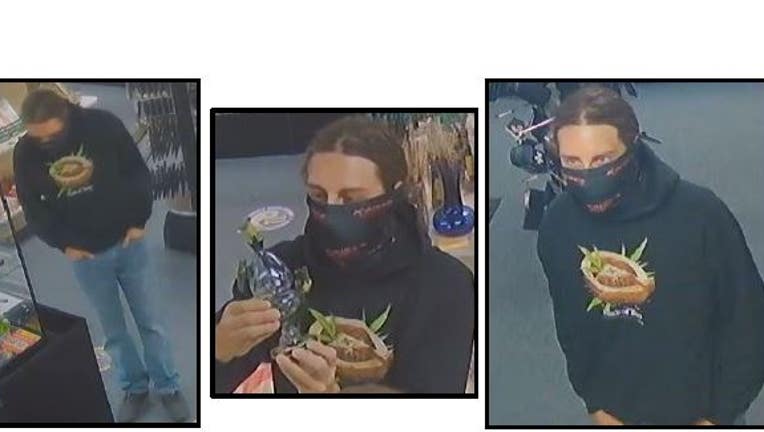 PHOENIX - A robbery suspect is on the loose after he reportedly stole a glass pipe from a north Phoenix tobacco shop and used it to hit an employee in the face, police said.

Phoenix police say the theft and assault happened at Paraphernalia Boutique near 51st Avenue and Bell Road at around 7:30 p.m. on Nov. 6.

The man allegedly took a glass pipe and ran out of the store without paying. When an employee chased him out, the suspect hit him in the face with the glass pipe, police said.

The suspect then fled in a white, early 2000s pickup truck with a maroon triangle design on the side, according to authorities.

Silent Witness described the suspect as a 6'1", 170-pound White male in his late 20s with brown hair and brown eyes. He was wearing a black hoodie, blue jeans, gray shoes and a black and red face mask.