CHANDLER, Ariz. - A man accused of crashing multiple weddings in Arizona and stealing thousands of dollars from the bride and groom has been arrested.

Chandler police took 54-year-old Landon Earl Rankin into custody on May 4 after he stole between $3,000 to $6,000 dollars from two different wedding receptions on April 15 and 30.

Rankin reportedly would dress as a guest and steal from the newlyweds' wedding card boxes before fleeing. 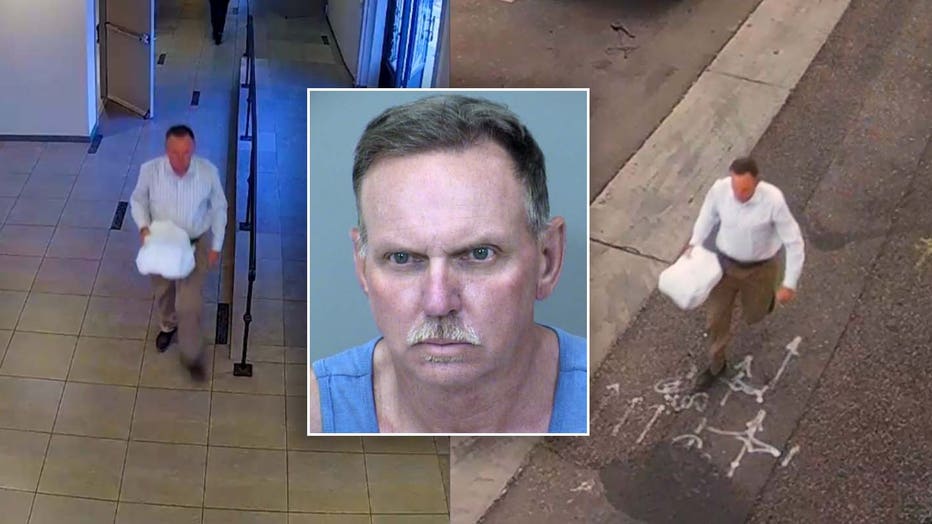 During the investigation, detectives discovered that a similar incident involving the theft of a wedding card box was reported in Pinal County.

Rankin had been arrested and charged in that case, and he was later identified in surveillance video as the suspect in the Chandler thefts.

"It was later learned Rankin was the suspect in similar investigations in the City of Mesa and the Town of Gilbert," Chandler police said in a statement.

In total, Rankin has been accused of stealing wedding card boxes in eleven separate incidents in the East Valley.

Family of victims speak out

O'Donnell was watching her daughter, Katherine, get married, and her husband, Michael, was walking Katherine down the aisle. They did not notice an uninvited guest who came not to share in their joy.

"He came looking like the perfect wedding guest: dressed, button down, tie, slacks," said Michael. "As we were all seated for the wedding, he picked up the box with every single present and walked out."

"He victimized couples on the most celebrate day of their lives, joyful day, and he victimized them and their guests, and we're glad to bring justice to Rankin for these victims," said Sgt. Jason McClimans with Chandler Police.

Police reportedly found methamphetamine and fentanyl on Rankin when he was arrested. He faces multiple counts of burglary and drug possession.

Chandler Police officials are still searching for other potential victims in this case. Anyone with information is asked to contact police at 480-782-4130.