Lisa Jameson was last seen in November 1991, when she was 23. Almost 31 years later, Jameson's son, who was two years old at the time of Lisa's disappearance, still wants to know what happened to his mother. FOX 10's Justin Lum reports.

GILBERT, Ariz. - Feb. 3 is recognized as National Missing Persons Day, and according to figures from the National Missing and Unidentified Persons System, more than 600,000 people go missing each year.

Three decades ago, a Gilbert woman named Lisa Jameson vanished, and now, her son is searching for answers, and wants her case solved.

It was early in the morning on Nov. 4, 1991 when Jameson, who was 23 at the time, had just wrapped up an overnight shift at an electronics business. On that day, Lisa was wearing a pink shirt, blue jeans and white shoes. She had on a silver rope necklace and silver herringbone necklace.

Lisa dropped off a co-worker near McQueen road and Chandler Boulevard at around 7:15 a.m., and that was the last time she would ever be seen or heard from again, leaving behind Kyle Collins, who was two years old at the time. 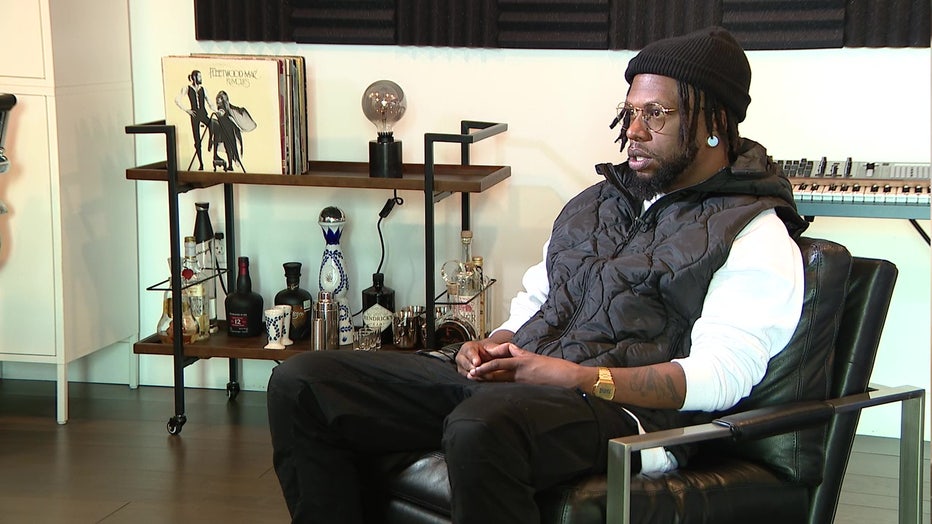 "For me, with her, it's more of a feeling I remember," said Collins.

For Collins, the memories come in waves: the sound of his mom's laughter, as well as the energy she brought into a room.

Collins, who is now 32, is a successful recording artist, songwriter and produce, but he says his childhood was not easy, with him not knowing what happened to his mom.

"When I was growing up, I was actually ashamed of what had happened because I felt so different," said Collins.

In 1991, Collins lived in Gilbert with Lisa and his stepfather. The day his mom did not return home, she was reported missing to police, but Collins says she had one last dinner with her parents before going to that overnight shift, and revealed important news.

"She had just told my grandmother that she was pregnant, and that she was actually scared to tell my stepfather at the time," said Collins.

Police officials say Lisa left all her personal things at home, and no money was taken out of her bank account. Family members could not believe she would leave town on her own accord.

Then, a discovery was made in Phoenix on Dec. 3, 1991, about a month after Lisa's disappearance.

Lisa's car, a red 1989 Pontiac LeMans, was found in the parking lot of an adult bookstore at 48th Place and E. Washington Street. Gilbert police say no evidence was found in her car.

Initially, detectives questioned Lisa's then-husband as a person of interest. Nothing came out of it, and Collins says his stepfather has moved to Bolivia.

As for Collins, his grandparents adopted him, and their family has been left with a mystery ever since.

"I am 100% positive that it's foul play, and I don't have a question in my mind, and I believe I know who it is as well," said Collins.

Officials with the Gilbert Police Department have not publicly said that foul play is involved in Lisa's disappearance. Collins said she didn't have enemies.

"No beef with anyone," said Collins. "Sweetest woman, child of the family."

Collins wishes more could have been done

Looking back, Collins wishes investigators did more within the first 48 hours. He also believes the case did not get enough media attention.

Collins was asked about the treatment of missing people of color by law enforcement and the media.

Organization working to advocate for families of missing POCs

For 14 years, the Black and Missing Foundation has worked hard to advocate for families of color trying to find their missing loved ones, in an effort to bring awareness to cases like Lisa's that are rarely seen on national television.

"Not one person can name one male, female, or child in the black and brown community that has garnered mainstream media. Not one, because it doesn't exist," said Black and Missing Foundation Co-Founder Derrica Wilson. "What we're trying to do is even the playing field, because missing persons is not a black issue, it's not a white issue. It's an American issue. It's a human issue, and we all have a responsibility, law enforcement, the media and the community."

"I can honestly speak to my tenure in the police academy, we dedicated about one to two hours to missing person cases because missing persons is not considered a crime. and so there's not a lot of resources that are devoted to missing persons across this country within these respective police jurisdictions," said Wilson.

Collins wants justice for his mother

During his mid 20s, Collins says learning more about his mother's case in bits and pieces didn't help his psyche. He battled depression, and tried to find his identity as well as closure.

Now, Collins is a father to a little girl who reminds him so much of his mother. He admits his life experience shows in his music and art.

"There's a huge connection to my art and the situation that happened," said Collins. "I don't think I would have continued or been able to continue at the pace and the level that I've gone, if it hadn't been for what I had to get out of me to remain healthy."

Ready to put the case behind him, all Collins wants is justice.

"I talk to my mom every day," said Collins. "I'm not worried about the details and the nitty-gritty. I'm worried about getting someone who is running around like it didn't happen behind bars."

Anyone with information about Lisa's case should contact the Gilbert Police Department.