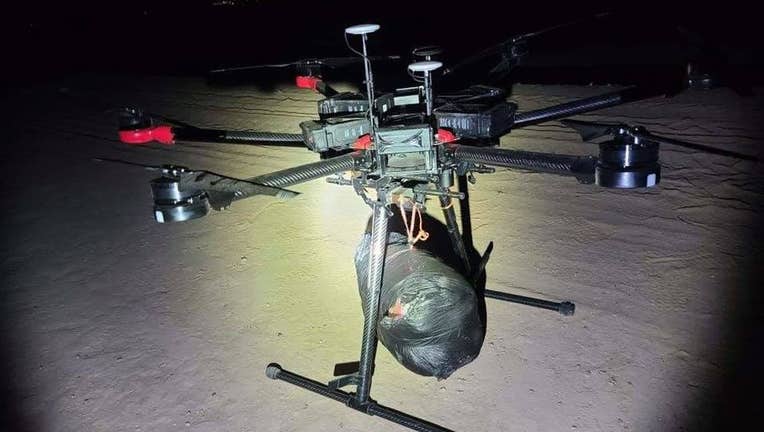 A drone caught carrying heroin over the Arizona-Mexico border on Oct. 29. (US Border Patrol Yuma Sector)

Officials say the drone was discovered on Oct. 29 carrying a black plastic bag filled with 6.5 pounds of the illicit drug along with a GPS tracker inside.

"Such packages of hard narcotics are often equipped with trackers to allow smugglers waiting on the northern side of the border to easily locate the packages after they are dropped," Yuma border officials said.

Officials say the small aircraft and the contraband were taken to the Border Patrol's Yuma Station to be processed.