PHOENIX - Two men were arrested after police seized illegal drugs and weapons from homes in Phoenix and Mesa.

According to Mesa Police, officers assigned to the "Violent Crime Reduction Project" learned that 52-year-old Anthony Vega was selling drugs out of his home near Broadway Road and Mesa Drive.

"[Anthony] Vega admitted to having multiple quantities of methamphetamine, heroin, and blue m-30 pills inside the residence," police said in a news release. "Vega also admitted to his intent to sell the illegal drugs."

Inside the home, police found:

Police said another man who was at the home, 32-year-old Oscar Arrez, also admitted to selling drugs out of his home in Phoenix near 59th Avenue and McDowell Road.

Vega and Arrez were arrested and booked into jail. They are both accused of multiple drug and weapons charges. 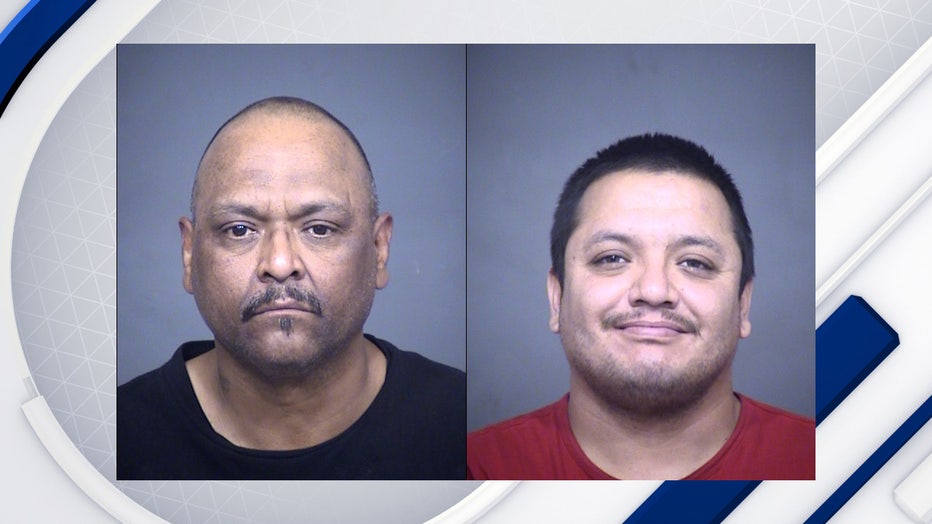 Two men were arrested after police seized a large number of drugs and weapons from homes in Phoenix and Mesa.