PHOENIX - From Raising Cane's customers getting a surprise from actor Rob Schneider to a desert 'tsunami' in Death Valley, a Phoenix home decorated to look like an 80's movie, and a "Godzilla" scaling a Florida home, there was no shortage of intriguing tales this week. Here are some of our favorite heartwarming and offbeat stories from Sept. 17 - 24 that have helped make our days a little brighter - or at least, more interesting:

Raising Cane's lovers got quite a surprise on Sept. 21, as actor Rob Schneider stepped behind the counter to serve up chicken, and one other surprise. FOX 10's Desiree Fluellen reports.

1. Actor Rob Schneider surprises fans at Raising Cane's drive-thru in Phoenix: Raising Cane's customers in the Valley got a big surprise at the drive-thru after meeting Rob Schneider, who was busy serving up chicken fingers and movie tickets. The comedian was at the location on 24th Street and Baseline on Sept. 21 to promote his new movie "Daddy Daughter Trip", which opens up in theaters next week. 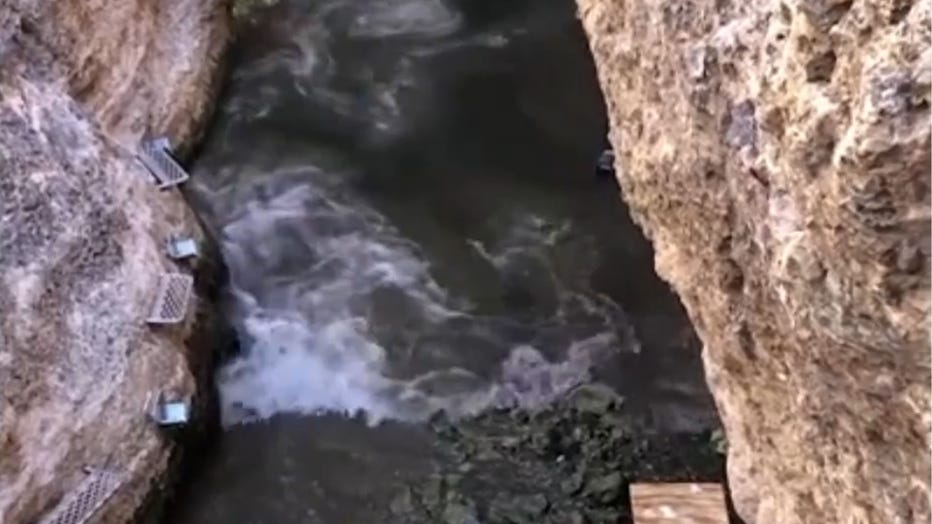 A screengrab from a video shared by the Death Valley National Park Service shows the normally-still water forming waves after an earthquake in Mexico on Sept. 19, 2022. (Credit: NPS/ A. Chaudoin)

2. Watch: Mexico earthquake causes desert 'tsunami' in California's Death Valley: An earthquake this week in Mexico made waves over 1,700 miles away in a cave located in California’s Death Valley, officials said. "Within five minutes, the normally still water in the pool began slowly moving, and soon built to waves several feet high," Death Valley National Park said in a Facebook post, alongside a video showing what it refers to as a "tsunami in the desert."

General store in Arizona ghost town up for sale

Phoenix home decorated to look like scenes from 'Beetlejuice'

4. Phoenix home decorated to look like scenes from 'Beetlejuice': A hit movie from the '80s is making a comeback in central Phoenix and just in time for Halloween. A house decorated to look like scenes from ‘Beetlejuice’ is near 16th Street and Thomas Road and the homeowners on Sept. 18 took a second to talk about why they enjoy setting the display that'll be up through Nov. 1. 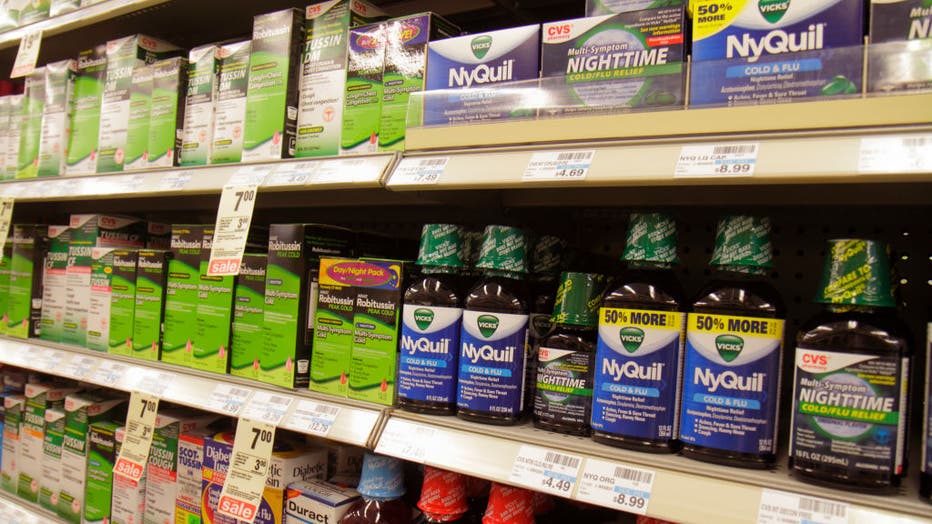 5. FDA warns not to cook chicken in NyQuil: ‘A Recipe for Danger’: The U.S. Food and Drug Administration is issuing a warning following a social media challenge where people cook chicken in NyQuil or other over-the-counter medications. Even if you don't eat the chicken, the vapors from the medicine could cause high levels of drugs to enter the body and possibly hurt the lungs.

A cat that had been missing for almost a week returned to her home in Long Island, New York on August 14, alerting the home’s doorbell camera. (Credit: Stefanie Whitley & Efrain Leandry via Storyful)

7. Zillow Gone Wild: Homes with special touches featured on social media page: With the many real estate websites that are in existence nowadays, it has never been easier to look at homes on the internet, where people can look up their home's current value, see what is for sale in any neighborhood across the country, or get decorating ideas. Now, one man has tapped into people's real estate obsession, and created "Zillow Gone Wild." 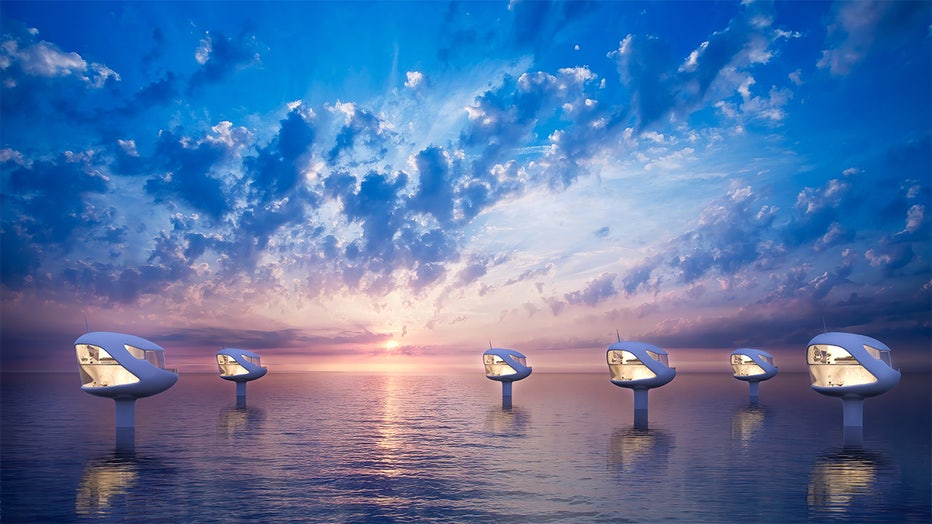 8. Futuristic, ‘floating’ SeaPods will offer eco-friendly aquatic living: One company is looking to the future, unveiling what they describe as the "world's first eco-restorative homes" in the form of "floating" pods that sit in the ocean. It’s basically "Waterworld" but with fancy floating homes. Reservations to either rent or own a future pod can be made today with a $100 deposit, according to the company website. 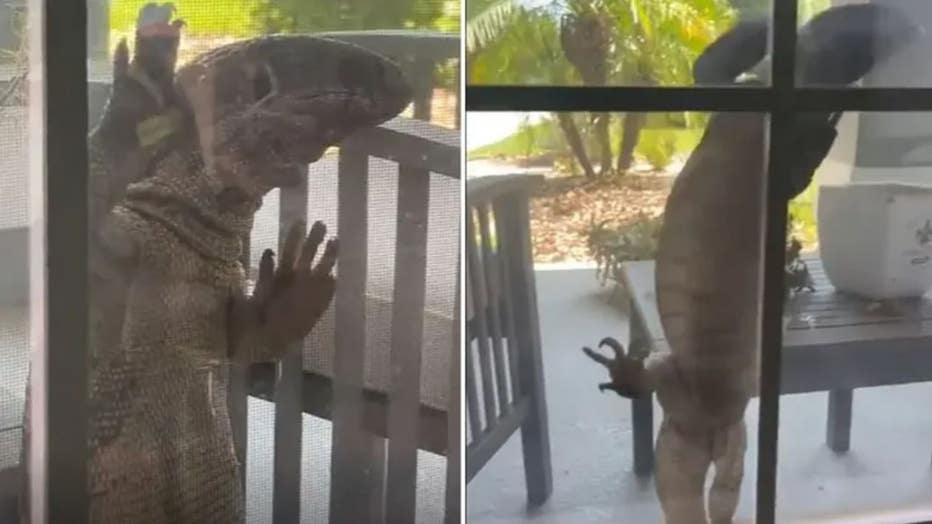 A giant lizard that appeared to be a Savannah monitor was recorded on video trying to climb the window of a home in Apopka, Florida. (Frank Crowder / AMAZING ANIMALS+ /TMX)

9. Giant lizard scales Florida homeowner’s window: 'Looks like Godzilla': A video shared by Frank Crowder in Apopka, Florida shows what appears to be a large monitor lizard peering in the home's window. The lizard uses its sharp claws to climb the window’s outer screen before falling down. 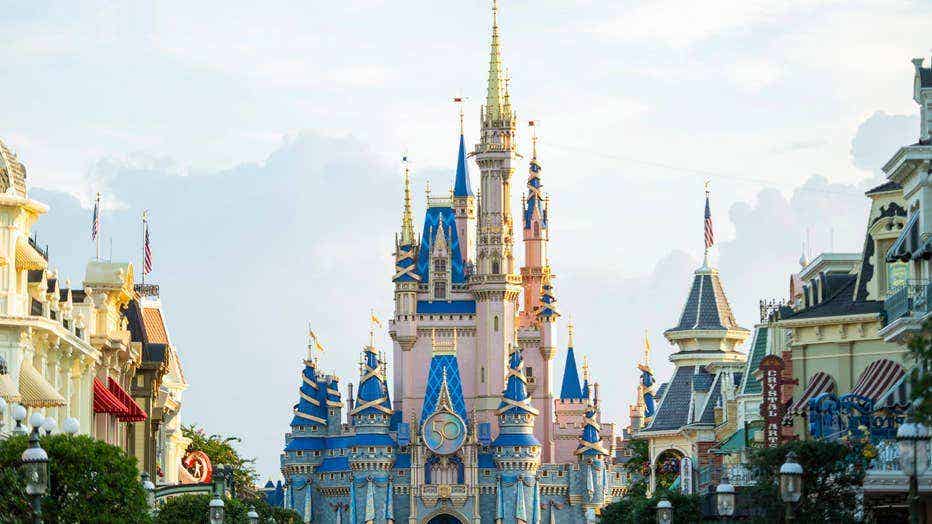 10. Viral video claims to show family sneaking older child into Disney World using baby stroller: A viral TikTok video allegedly shows a family attempting to sneak a child into Magic Kingdom at Disney World using a baby stroller. Once inside, the child is seen being pulled out of the stroller. While it's not known how old the child is, the video – entitled "When Disney ticket prices go up" – implies that the kid is old enough to need a purchased ticket. 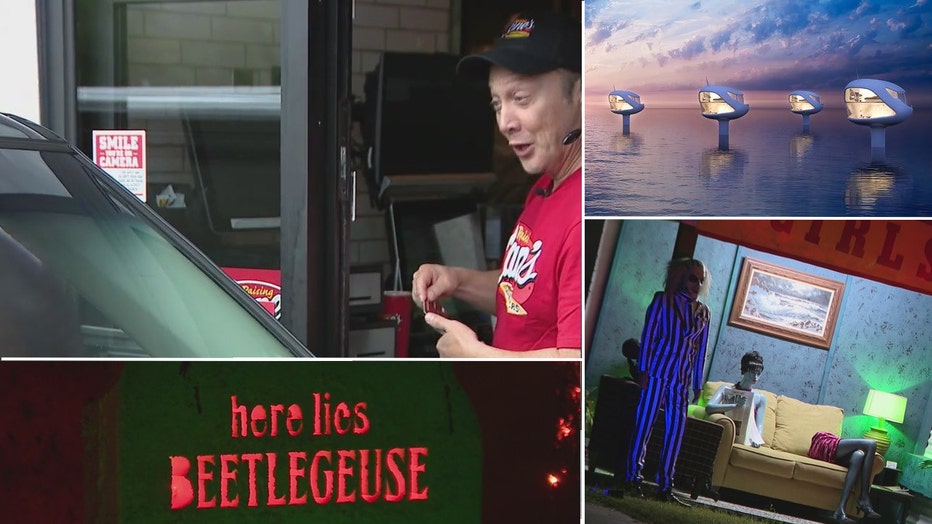