Gordon Golding, 56, was arrested in Lake Tahoe, California on Nov. 20. He was originally facing 43 charges relating to sexual conduct with a minor, voyeurism and sexual abuse.

PHOENIX - A Phoenix kickboxing instructor accused of assaulting multiple underage girls back in 2019 has been caught by the U.S. Marshals after failing to appear in court for his sentencing back in September.

Gordon Golding, 56, was arrested in Lake Tahoe, California on Nov. 20. He was originally facing 43 charges relating to sexual conduct with a minor, voyeurism and sexual abuse.

Golding allegedly used his position as an instructor to lure teenage girls to commit sexual acts with them.

Officials say he went to the alleged victims' school to drop off vape pens and marijuana. He would then pick alleged victims up at night, bring them to his house, and that was where he abused them.

After searching Golding's home, police say they found at least 10 video files containing recordings of sexual acts between him and the alleged victims.

On Sept. 14, Golding failed to appear for his sentencing at the Maricopa County Superior Court and cut his ankle monitor. He was facing more than 20 years in prison.

Authorities found him riding a bike to a residence, and he was taken into custody.

Golding is currently in El Dorado County Jail in California and is awaiting extradition back to Maricopa County to be sentenced. 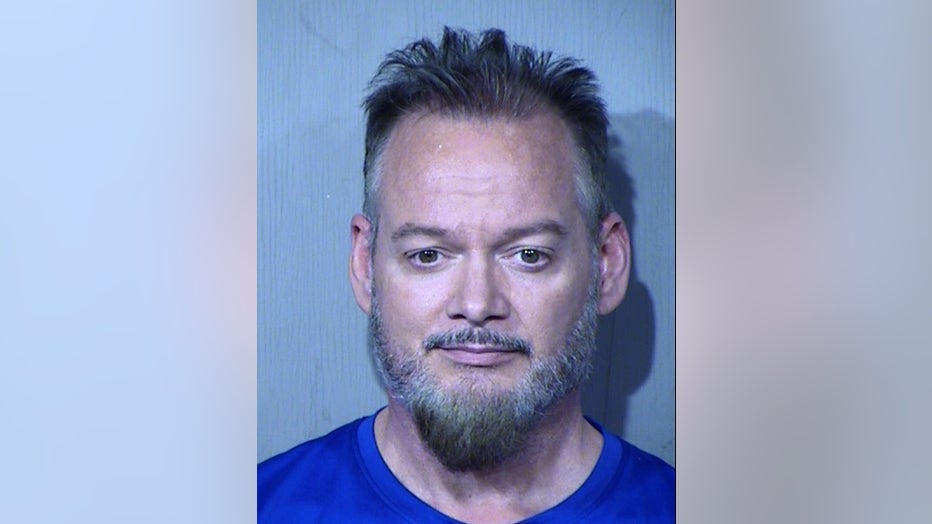