Officer Lara, who was a six-year veteran of the Casa Grande Police Department, is survived by his wife and three children. FOX 10's Stephanie Bennett reports.

CASA GRANDE, Ariz. - The Casa Grande Police Department is mourning the loss of one of its officers who died after battling COVID-19.

"It is with great sadness, Chief Mark McCrory and members of the Casa Grande Police Department inform you of the passing of Officer Jesus 'Chuy' Lara after his battle with COVID-19," the department said on Jan. 4.

Lara was a six-year veteran of the department and also spend two years with the Gila River Police Department. 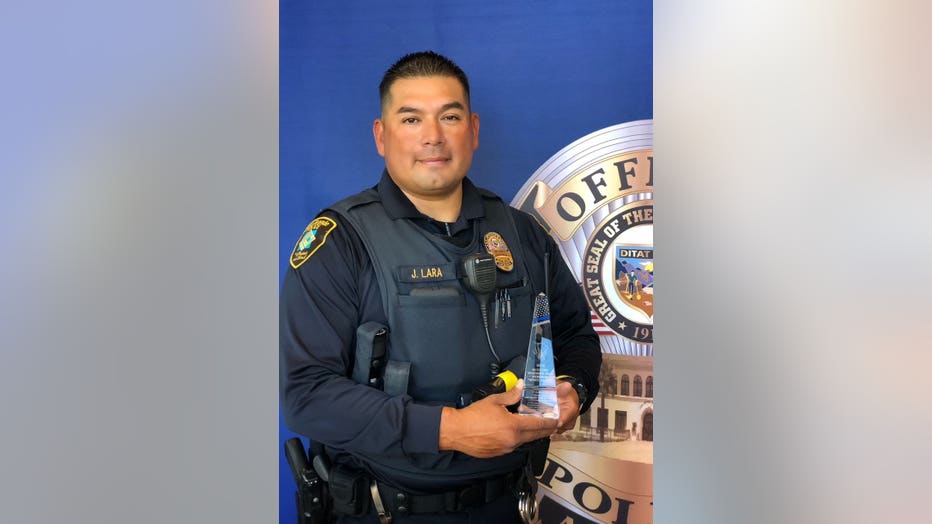 "In doing this, he provided a positive influence and mentored countless Pinal County youth," police said. "This same passion motivated him as a Police Officer. His coworkers and community members valued him for his kind-heartedness and empathy when dealing with children and other victims of crime. He touched many lives in different ways but regardless of how you knew him, he will be greatly missed."

Lara is survived by his wife and three children. He was 44 years old.

Family members are remembering Lara's life, as well as the legacy he left behind.

"He was my hero. I loved him more than anybody else," said Lara's brother, Carlos Lara. "I am who I am because of him and solely because of him, and it’s a big toll. It’s a big void in our heart, losing him today."

Friends of Lara say the man was kind-hearted, funny, and always wanted to serve his community.

"He helped raise me. He took on the role of not only being a brother, but being a father figure when I didn’t have that around," said Carlos. "My brother was an outstanding pillar in the community since we were little kids, serving at church, transitioning to adulthood and transitioning to becoming a police officer."

Funeral arrangements for Lara have not been announced.