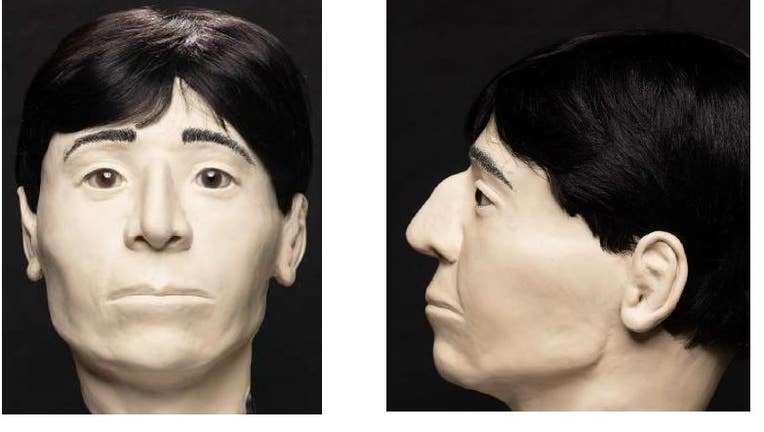 Forensic artist's depiction of a man whose remains were found near Flagstaff in January 2021. (Coconino County Sheriff's Office)

FLAGSTAFF, Ariz. - The Coconino County Sheriff's Office is asking for the public's help to identify a man whose remains were found near Flagstaff.

Ranchers found the human remains back in January 2021 in a rural area east of Flagstaff, according to officials. They did not specify where exactly they were found.

It is unknown how long the remains had been there, and authorities were unable to identify him during the investigation.

Forensic artists with the Phoenix Police Department worked with Coconino County officials to recreate his likeness, but his hairstyle, eye color and facial hair may be different from the rendering.