Dogs back home after being 'dognapped' by now arrested suspects

GLENDALE, Ariz. - Three people were arrested in connection to the "dognapping" of three dogs from the backyard of a home in Glendale, police said.

According to Sgt. Randy Stewart, an English bulldog named Lala and a French bulldog named Paris, were reported stolen on Dec. 17 from a home near 67th Avenue and Greenway Road.

The victims said the dogs disappeared from their backyard, and neighbors told the victims they saw three people taking the dogs before driving away.

"Two days later, one of the suspects, identified as April Wilder, arrived at the victim's home with Lala requesting a reward for her safe return," police said in a news release.

Police say the victim recognized the car that Wilder arrived in as the same one described by neighbors that was involved with the theft of the dogs.

"After the victim confronted Wilder she (Wilder) left with Lala and took off," police said. The victim then followed Wilder and called police. Officers found Wilder and arrested her.

Both Austin and Grier were arrested. All three suspects were booked into jail and are accused of several charges, including felony theft.

The dogs are now home, and the owner says her Christmas was "remade" after getting her four-legged family members back. 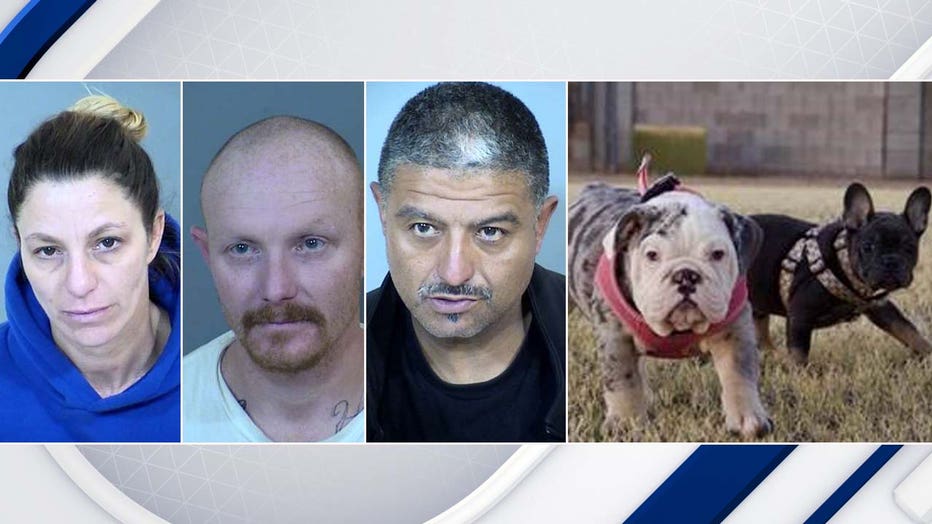 April Wilder, Charles Austin and Barry Grier are accused of taking two dogs from the backyard of a Glendale home.