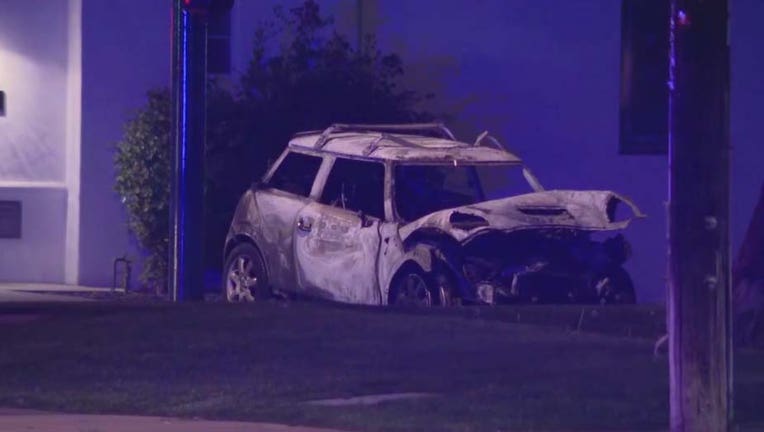 PHOENIX - A driver who fled from a traffic stop minutes before causing a fiery crash in south Phoenix Sunday night is in custody, police said.

According to Sgt. Vincent Cole with Phoenix Police, the incident began at around 11:30 p.m. on Jan. 16 when a police helicopter saw a vehicle speeding near State Route 51 and Glendale Avenue.

"Ground units tried to make a traffic stop and the vehicle did not stop and took off," Sgt. Cole said.

The helicopter continued to follow the vehicle before it crashed into another car near Seventh Street and Southern Avenue.

Firefighters responded to the scene and found one of the cars on fire.

The suspect driver was taken into custody. The driver of the other vehicle was not seriously injured.

The suspect's identity was not released.