PHOENIX - A motorcyclist was killed in a crash involving a suspected impaired driver in south Phoenix Saturday afternoon, police said.

The crash happened at around 3 p.m. on Jan. 15 near 18th Street and Southern Avenue. A man was thrown from his motorcycle after he was hit by a sedan turning left onto 18th Street, according to police.

The motorcyclist, 48-year-old Robert Moore, landed on the roof of the car, but officers say the driver of the sedan only stopped for a short time before continuing to drive.

Police say the car driver, 29-year-old David Moreno, kept driving down Southern while Moore was on the roof of his car and eventually hit two other vehicles.

Moore fell off the roof of the car at some point, and witnesses followed Moreno to point officers to his location.

The motorcyclist died from his injuries, and the investigation is ongoing. 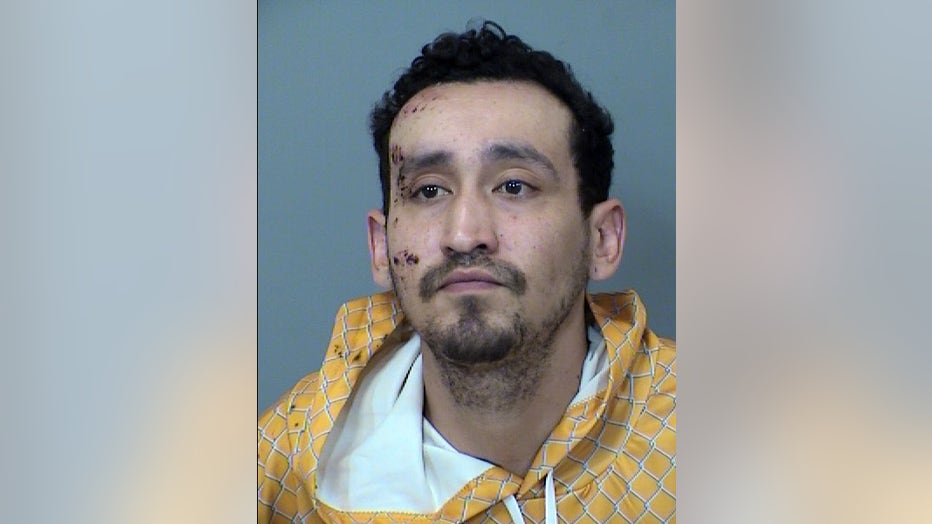