Made In Arizona: Soleri wind bells make for a one-of-a-kind gift

There's nothing like them anywhere. FOX 10's Danielle Miller reports, in this week's edition of Made In Arizona

Soleri wind bells have been a "Made In Arizona" original since the 1950s. The wind bells (not wind chimes) are made at studios founded by Paolo Soleri in Paradise Valley.

The late Soleri is, of course, the founder of Arcosanti, a futuristic development near Prescott. Before that, he started making bells at a place he called Cosanti, where they are still being made today.

"These Cosanti wind bells have been made in Arizona since 1956," said Cosanti Originals manager Chris Ohlinger.

Soleri founded the five-acre property in 1955, and became famous by making bells.

"This happens to be our burnished bronze finish, which means it's gone through a two-stage heat treatment that results in an incandescent shimmer of color on the surface of the bells," said Ohlinger.

Every bell is made from original Soleri designs, but every current artisan adds his own touch.

Every bell is made in Arizona, in Cosanti's own foundry. The first bells made here were ceramic, but they didn't hold up well. Later, Soleri switched to bronze. The molten bronze is carefully poured into sand molds. It cools quickly, in about 30 seconds. The end result can be any of the bells in Cosanti's shop.

"With our product, if you present a bell as a gift, every time that bell rings on the recipient's patio, for example, they can't help but be reminded of the individual or the occasion on which that gift was presented, so it's the ultimate calling card," said Ohlinger.

Cosanti is open every day, but if you want to catch the artisans at work with molten bronze you have to get there early. 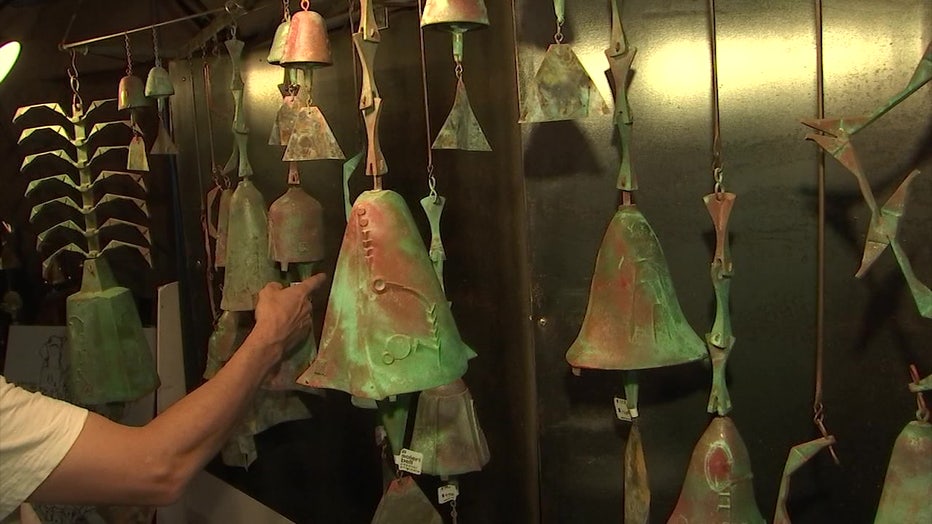