A man has been arrested for first-degree murder in Mesa after police say he purposely ran over another man with his car, and the man who detained the suspect at gunpoint until police arrived is speaking out.

MESA, Ariz. - A man has been arrested for first-degree murder in Mesa after police say he purposely ran over another man with his car, and the man who detained the suspect at gunpoint until police arrived is speaking out.

On Aug. 12, John Lagana was taken into custody for the death of 63-year-old Christopher Heimer.

Surveillance video revealed that Heimer was walking down the sidewalk in an area near Main Street and Power Road when Lagana, who was driving in the opposite direction, reportedly swerved out of the roadway and slammed directly into Heimer.

Heimer was flung into a landscaped area outside an apartment complex, and police say the driver turned around to run him over again.

"Lagana continued to travel eastbound on the sidewalk, damaging mailboxes and landscaping before turning around and driving back toward Heimer," Mesa PD said in a statement.

Witnesses reported seeing the 61-year-old get out of his car and stomp on Heimer's head multiple times. Another bystander brandished their own gun and shot into the ground, stopping Lagana and allowing time for police to come and arrest him.

Investigators say that the suspect had been parked just northwest of the victim's house and had been honking his horn repeatedly until he came outside.

"Observations on scene showed where Lagana accelerated through the empty lot onto the street," police said. "Officers also found skid marks from Lagana’s vehicle in the roadway and on the sidewalk where the incident occurred."

He was booked into jail on a first-degree murder charge.

‘… I was going to shoot if he attempted to flee’

"Out of nowhere, we hear a car speed up, and we see my neighbor Chris fly through the air," says Emmanuel Reynoso Avila.

He was on Alder Avenue when he heard and saw something he'll never be able to erase from his mind.

When Lagana reportedly drove his vehicle up on the sidewalk, Reynoso Avila and his brother looked at each other and knew they needed to do something.

"I dropped everything I had, and I ran inside to get my gun while he was calling first responders. Then I shot off at the ground toward the driver because he was trying to leave the area after he had run him over a second time," Reynoso Avila said.

"It didn’t end there. He ended up pulling into a parking lot, getting out of his vehicle and then stomping on the victim's head multiple times," police explained.

The police report says Lagana told detectives that his ex-girlfriend had been living with Heimer at the time, but then stopped answering law enforcement questions. Neighbors say the only reason Lagana was still on the scene was that he was detained by Reynoso Avila.

"At that point, I aimed back up at him. Let him know that I was going to make sure that he didn’t get away, that I was going to shoot if he attempted to flee the area, which he was. I got him out of the car with his hands up and held him there until the police arrived," Reynoso Avila said. 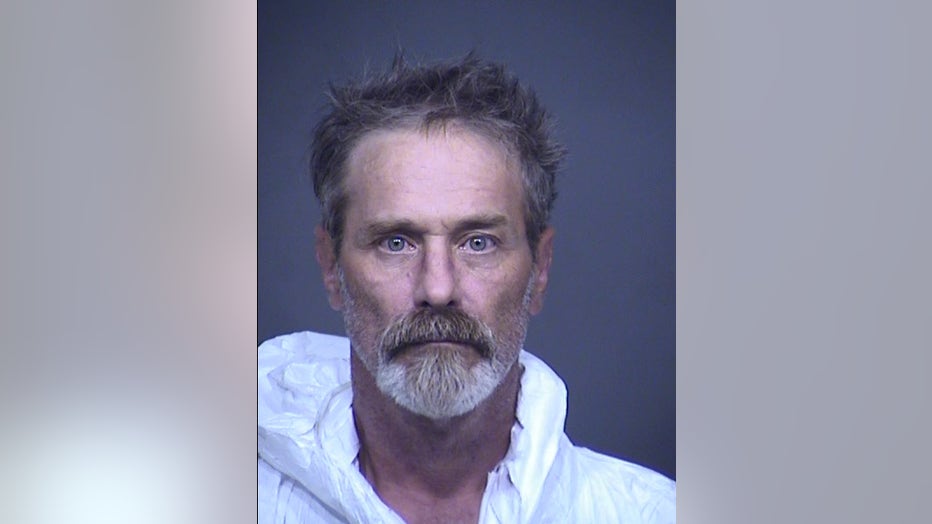