Our top crime stories for the week of Aug. 8: an illegal marijuana dispensary in south Phoenix; a Glendale woman stabbing her boyfriend to death; a lockdown at an El Mirage elementary school; a carjacking at a Peoria Target; and the sexual assault of a boy in Chandler.

It's been a busy week with a mix of top FOX 10 Phoenix stories that include assault, deadly crashes, monkeypox, murder and a cold case being solved. A nurse is accused of causing a crash that killed several, an Arizona man details his monkeypox diagnosis, and a woman is accused of killing her boyfriend. Here are this week's top stories, from Aug. 7-13. 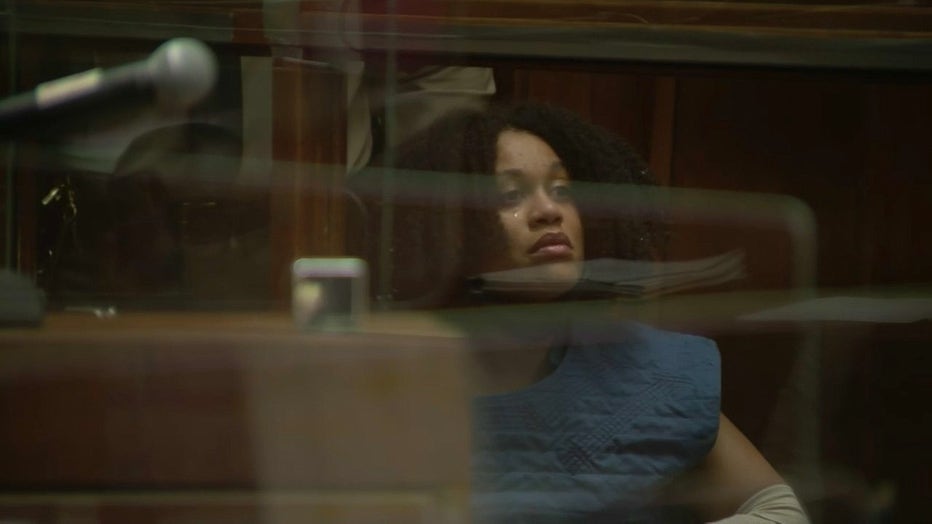 Nicole Linton, a 37-year-old nurse from Houston, is charged with 6 counts of murder and 5 counts of gross vehicular manslaughter. If convicted, she faces 90 years to life in prison.

2. Man wanted for torture, sex assault of ex with hot hair straightener found shot 7 times: The U.S. Marshals tracked down a dangerous suspect who is accused of torturing and sexually assaulting his ex-girlfriend. But by the time they found him, he had been shot multiple times - but police aren't sure who pulled the trigger. 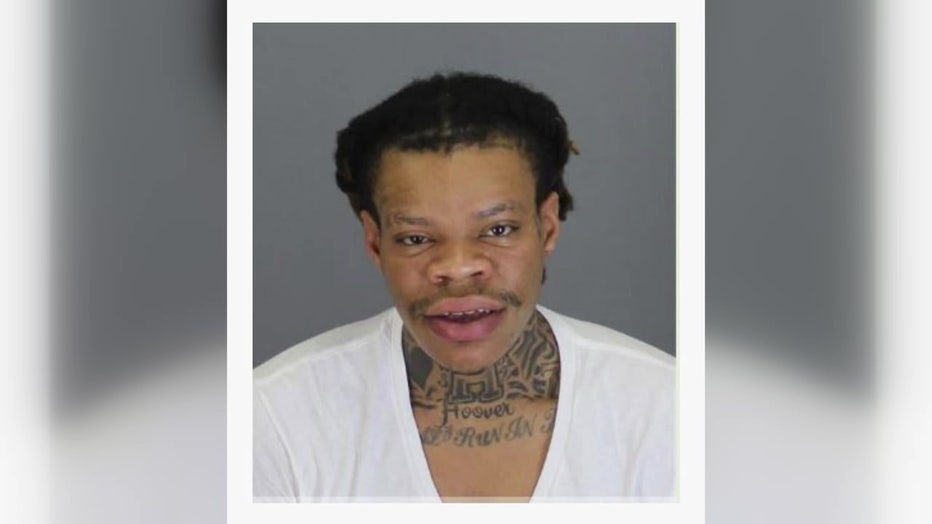 Dekenta Pachman, 30, is accused of torturing and sexually assaulting his ex with a hot hair straightener. He was later found shot multiple times

3. Arizona man details his monkeypox diagnosis as cases rise in the country: A Valley man who wishes to remain anonymous says he's battling the illness and explains the issues that come with it. "I woke up Sunday morning and my lip was just completely swollen, and on the top of it was just a little white spot, and it was just oozing stuff," he said.

Monkeypox cases are on the rise in the Phoenix area and a man who was recently diagnosed with the illness is detailing his experience.

4. Illegal marijuana dispensary discovered in south Phoenix, police say:  The Maricopa County Sheriff's Office says it uncovered an illegal marijuana dispensary in a south Phoenix neighborhood. It was located inside Korporate Smoke near 16th Street and Southern Avenue. Authorities say they seized weed, mushrooms, and other drugs, along with 4 guns.

The Maricopa County Sheriff's Office uncovered an illegal marijuana dispensary in a south Phoenix neighborhood. Authorities seized weed, mushrooms, and other drugs, along with 4 guns.

5. Sedona will pay residents to not use homes as Airbnb rentals: The city council approved a $240,000 program earlier this week that would incentivize homeowners to lease out their homes to local workers because of a lack of affordable housing.

Sedona will pay residents to not use homes as Airbnb rentals

The city council approved a $240,000 program earlier this week that would incentivize homeowners to lease out their homes to local workers because of a lack of affordable housing.

6. Glendale woman stabs and kills her boyfriend after apparent argument, police say: When officers arrived, officers found 29-year-old Nathaniel Richard Yardley who had been stabbed several times. He was taken to the hospital where he died.

A woman stabbed and killed her boyfriend after an apparent argument broke out inside her Glendale apartment, police say. 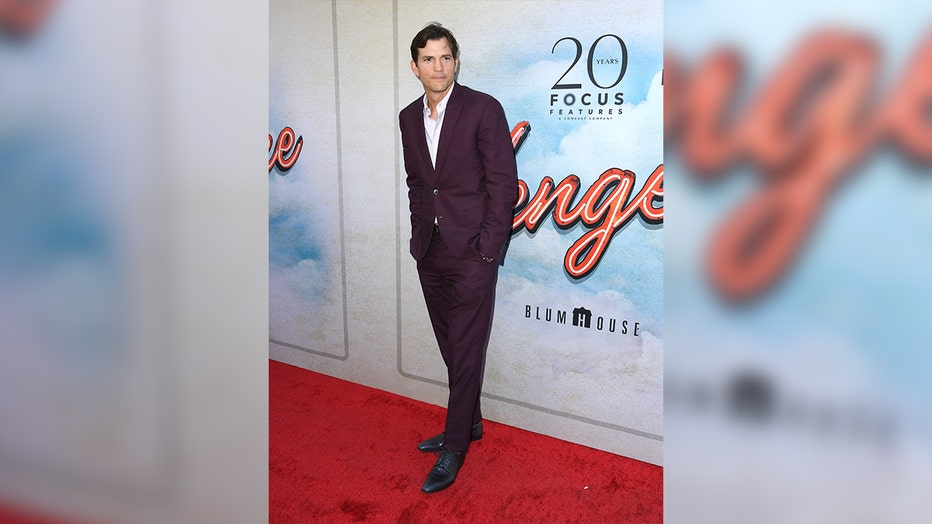 Ashton Kutcher, in a photo taken in July 2022 (Photo by Steve Granitz/FilmMagic)

8. ‘Prey’ review: The hunter becomes the hunted in the latest ‘Predator’ movie: Writer Patrick Aison and director Dan Trachtenberg developed an original screenplay about the first contact between Predators and their human prey in the Americas.

9. Florida cold case solved: Suspect's family comes forward to help solve 30-year-old murder: The family members of Robert Cates, a man accused of killing his friend in 1992, came forward to law enforcement to help solve the cold case, investigators announced during a news conference held exactly 30 years to the date of the crime. 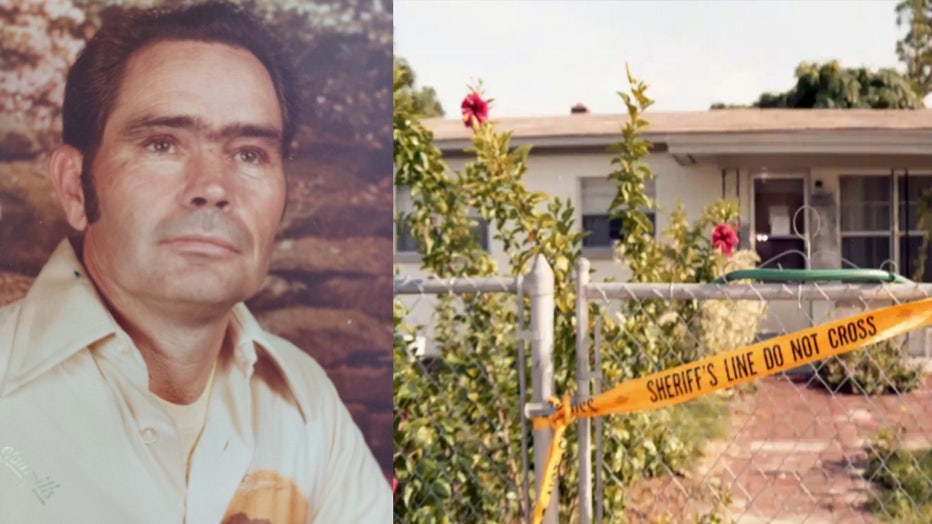 10. Reports of armed intruder prompt lockdown at El Mirage school; suspect arrested: All students are safe after an El Mirage elementary school went on lockdown for reports of an armed man on campus. The suspect was arrested, and three parents were taken into custody after trying to get on campus during the lockdown.

Police have reportedly arrested a suspect after reports of an armed intruder prompted a lockdown at a school in El Mirage. FOX 10's Nicole Garcia has more on the incident.