PHOENIX - One person is dead following a fiery crash involving two semi-trucks along the northbound lanes of Interstate 17 in north Phoenix.

The Arizona Department of Public Safety said three Shamrock Farms semi-trucks were traveling along northbound I-17 just after 4 a.m. The first semi, a double trailer, suffered a power failure. The driver of that semi was unable to pull over and stopped in the middle of the highway. The second semi then pulled over to assist the first driver.

"They tried to flag down traffic. For an unknown reason, the third Shamrock truck driver saw it, but it was too late. [He] tried to swerve out of the way, but unfortunately, he rear-ended the tractor," a DPS spokesman said.

The driver of the third Shamrock truck was pronounced dead at the scene. His identity was not released.

The northbound lanes of I-17 past Deer Valley Road were reopened just before 11:30 a.m. 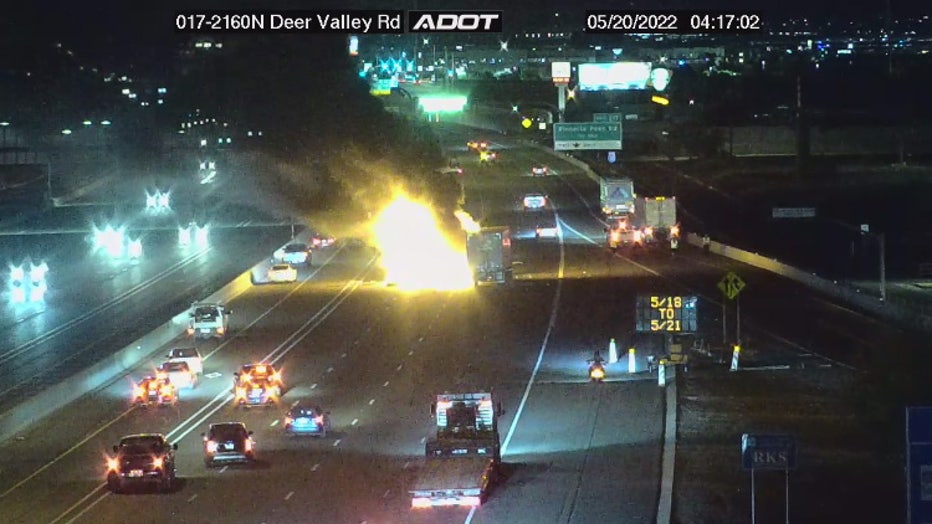 A fiery crash involving two semi-trucks closed the northbound lanes of Interstate 17 in north Phoenix on May 20.