TEMPE, Ariz. - Two people were taken into custody after a stolen U-Haul truck crashed into a parking structure at a Tempe apartment complex on Friday, police said.

Tempe police say they tried to pull the truck over, but the driver would not stop.

Officers followed the vehicle as it pulled into an apartment complex near US 60 and Mill Avenue, where it crashed into an awning.

A man and woman were inside the truck, and they were eventually taken into custody.

Police say the two could face drug-related charges. No names were released. 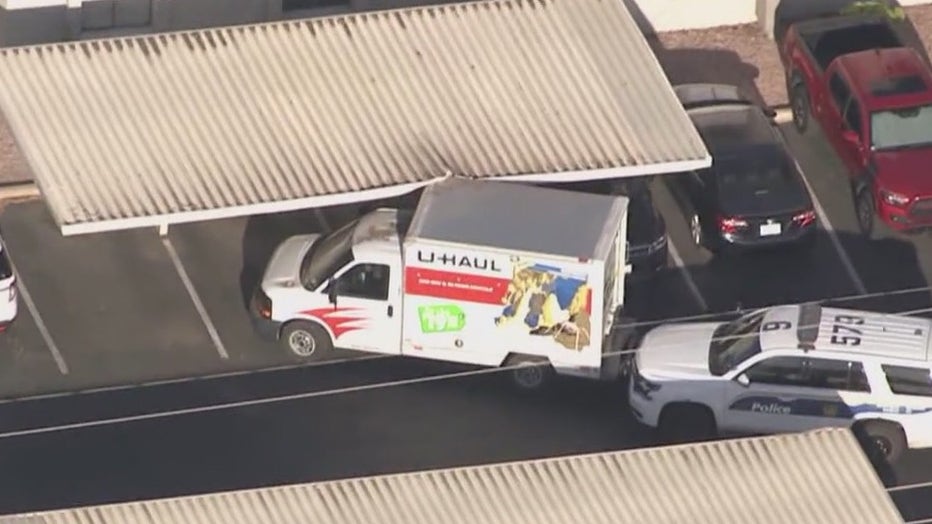 SkyFOX was over a crash in a Tempe apartment parking lot.