PHOENIX - Phoenix Police officials say a 13-year-old is the latest person to die in a domestic violence incident that ended with a deadly police shooting,

According to Phoenix police, the shooting happened on Oct. 25 at a home near Interstate 17 and Jomax after officers responded to the scene for reports of a domestic violence situation.

Police say 53-year-old Paul Sarver was knocking on neighbor's doors and asking for a gun so he could commit suicide. When police arrived at the scene, Sarver came out from behind a parked car in the driveway, walked towards officers and told them he had a gun.

Sarver then pointed an object at the officers, who opened fire on the suspect. He was pronounced dead at the scene. 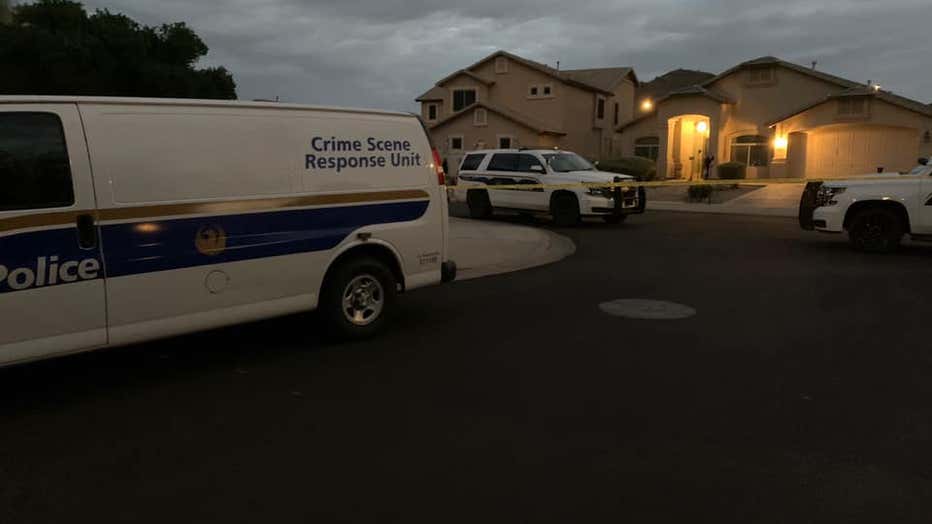 46-year-old Shannon Hursh and a 13-year-old boy, now identified as Caden Sarver, were found injured inside the home and were taken to a hospital in extremely critical condition. Hursh died at the hospital, and on Oct. 30, police officials announced that Caden has died from his injuries.

An 11-year-old daughter of Sarver and Hursh was found uninjured at a neighbor's house.

Investigators say the object the suspect was holding was later discovered to be a black hard-shelled eyeglass case.

On Nov. 6, Phoenix police released body-camera video of the shooting. Police say an internal investigation into the shooting is underway.

The suspect, identified as a 52-year-old man, was shot and killed by police

As the investigation continues, neighbors are heartbroken over what had happened.

"We found out it was one of our neighbors going door to door looking for a gun," said Laurie Abels. "He did not come here, but he did go to some other neighbors saying he wanted to kill himself, that he hurt his wife and son."

"You would see them walk their kids to the bus stop, she would socialize with other moms, the dad was more of the stricter parents," said Blake Peters.

"It just goes to show you don’t know what’s going on in other people’s houses," said Abels. "He must’ve had a lot of problems, I wish he would’ve reached out in a different way."