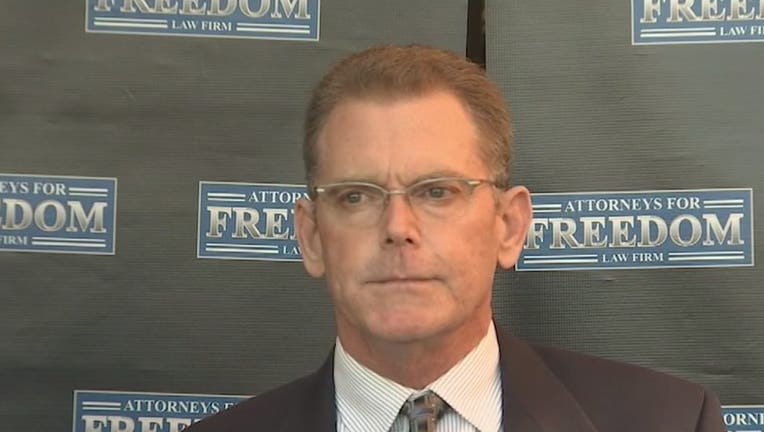 Douglas Haig, 57, was sentenced to 13 months in federal prison for selling home-loaded bullets to the Las Vegas gunman.

LAS VEGAS - An Arizona man was sentenced Tuesday to 13 months in federal prison for selling home-loaded bullets to the gunman who unleashed the deadliest mass shooting in modern U.S. history, killing 58 people in the Las Vegas Strip in October 2017.

Haig was not accused of a direct role in the shooting, which involved a 64-year-old retired accountant and high-stakes video poker player firing military-style weapons modified to shoot more rapidly from a 32nd-floor hotel window into a concert crowd below.

The gunman, Stephen Paddock, killed himself before police reached him in a suite at the Mandalay Bay resort. Police and the FBI determined Paddock meticulously planned the attack and acted alone. They theorized he may have sought notoriety, but said they never determined a clear motive for the attack.

Haig acknowledged making tracer and armor-piercing bullets at a home workshop in Mesa, Arizona, and selling them at gun shows and on the internet. He used the business name Specialized Military Ammunition. Tracers illuminate the path of fired bullets.

“Doug had no knowledge of what Paddock was planning to do,” Victor said Monday.

Authorities did not say if ammunition made by Haig was used in the shooting.

Victor said he believed Haig — as the only person prosecuted following the massacre — was treated more harshly by prosecutors than ammunition hobbyists who might receive cease-and-desist warnings for similar activities.

Haig acknowledged that he had no license to disassemble, remanufacture and reload bullets.

His plea avoided a trial at which he could have faced up to five years in prison and a $250,000 fine.

Victor argued for months that Haig could not be fairly judged by a jury in trauma-scarred Las Vegas. But he lost bids to get the case dismissed; move it to Phoenix or Reno; draw jurors from throughout Nevada; or have the judge hear the case from the bench himself instead of a jury.