Yee announced her plans with a video posted to social media. She introduces herself as the descendent of immigrants who opened a grocery store in the 1930s and praises former President Donald Trump’s border and economic policies. She pledges to tackle border security and oppose socialist policies, which she says have damaged California, where she lived for a time.

"Our way of life is under attack by the corrupt press, reckless caproate leaders and politicians who put socialist ideals over people, our freedom of speech and our elections," Yee says in the video.

Robson, who serves on the Arizona Board of Regents, also made her announcement via video, although it was less heavy on policy and personal background. She said she’s a lifelong conservative Republican.

"In just a few months, we’ve seen the direction Joe Biden and Kamala Harris want to take this country, and as Arizonans, we need to fight back," Robson said. "We going to fight for Arizona values" and vowed to "fight the "radical Biden-Harris agenda."

As treasurer, Yee oversees more than $20 billion in state investments. She was previously a legislator representing parts of the West Valley and an adviser to former Treasurer Dean Martin.

Yee is the first Asian American woman elected to serve in the Arizona Legislature. She was also the second woman to serve as Senate Majority Leader since U.S. Justice Sandra Day O'Connor served the position in the Arizona Senate in 1973.

Robson has spent years as a developer and is founder and president of AZ Strategies, a land-use strategy firm based in Phoenix. A lawyer by training who worked in land use, development and zoning law, she later was executive vice president of the Scottsdale master-planned community developer DMB Associates.

Robson has served on the Board of Regents, which oversees Arizona’s three public universities, since 2017.

Former Nogales Mayor Marco Lopez announced in March he is running for governor. 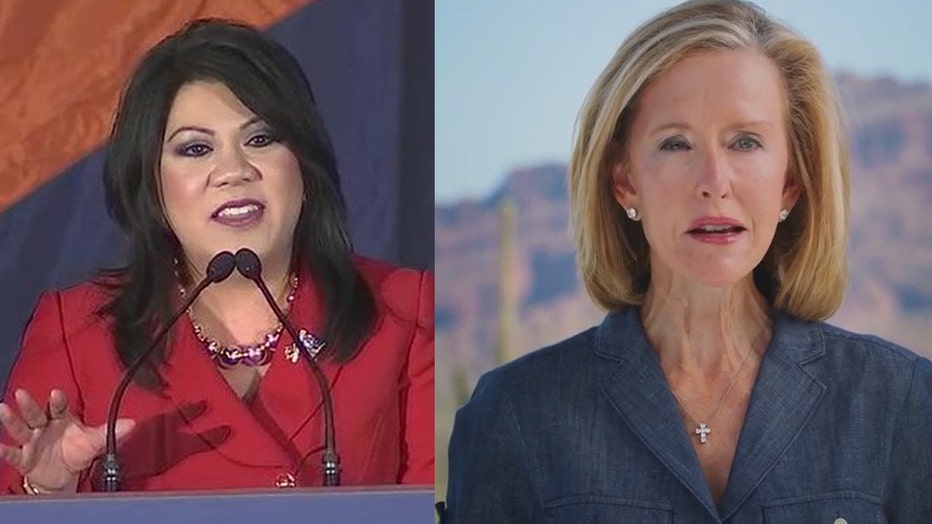