PHOENIX - An Arizona State University police officer is recovering after being hit on the head with a glass bottle after trying to arrest a man who flipped over a trash can.

The incident happened at the school's downtown Phoenix campus. During the arrest, police realized he had a warrant with the Mesa Police Department.

"The police officers are okay, we had them checked out medically aside from cuts and abrasions," said Adam Wolfe, spokesperson for ASU PD. "Obviously getting hit over the head with a bottle can daze you a bit, but she handled it okay."

The incident began when Smith was walking from a downtown Phoenix park towards the nearby post office. Police say he flipped over a trash can and began throwing trash all over the street.

The ASU officer then approached the suspect, asking him to pick up the trash.

"He refused and shouted profanities, so when she responded again and said he would be arrested for littering if he didn't pick up the trash, he refused," said Wolfe. "A police aide came over for support. The suspect was holding a grocery bag - it had a glass bottle, and he swung it and hit the officer in the head."

During the arrest, the bottle was broken and both the ASU officer and aide were cut.

Smith had an outstanding warrant with Mesa Police and was transferred to Mesa.

"In a way, its a blessing the way it turned out," Wolfe said. "He did have an active warrant out, so we were able to keep our campus safe and help Mesa PD." 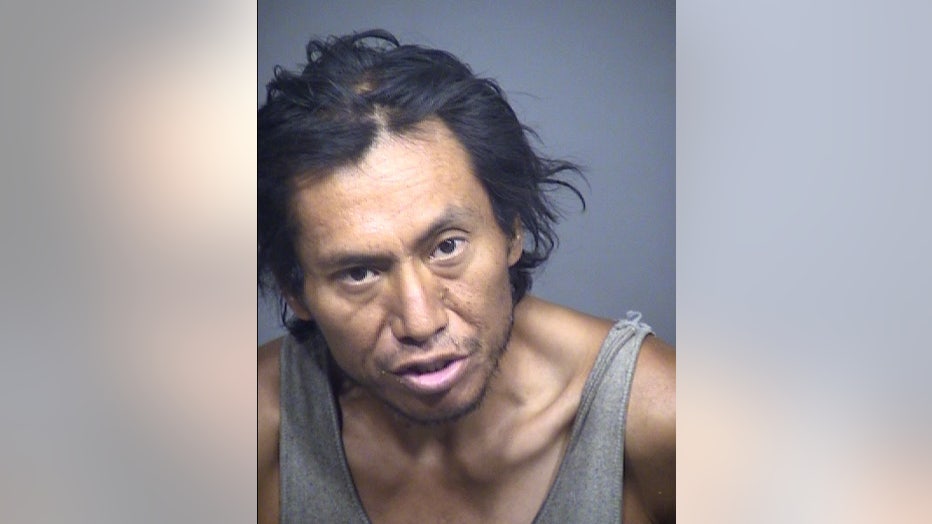