When firefighters arrived, they found seven vehicles, a boat, a mobile home and an adjacent home on the property in flames. A power pole in a nearby alley was also on fire.

Crews battled strong winds, but managed to keep the fire from spreading to other homes and buildings in the area.

All of the residents in the home were able to escape, and firefighters were able to rescue a small puppy that had suffered minor burns. The homeowners have taken the dog to a veterinarian for treatment.

Two adults and three kids have been displaced in the fire, but no other injuries were reported. 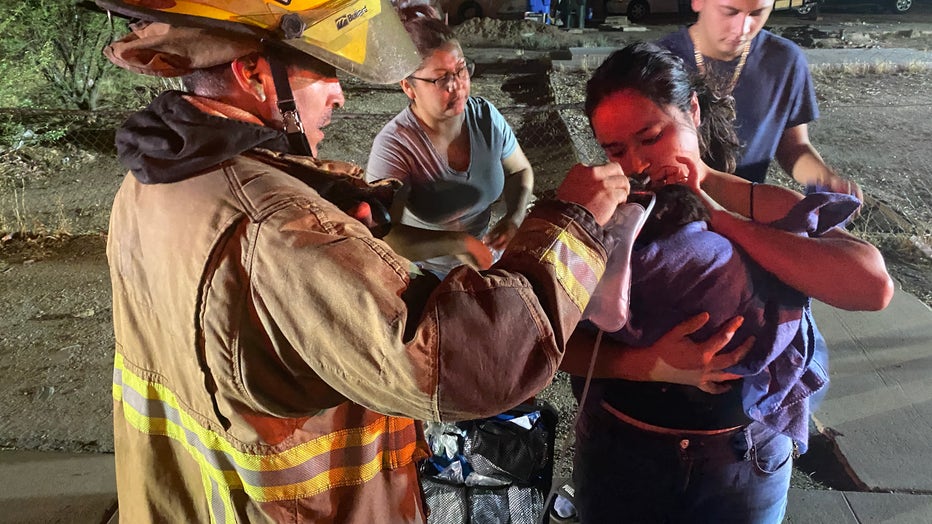 A puppy suffered minor burns after a house fire broke out on July 10.