In the lawsuit, officials with Golfland Sunsplash say Governor Doug Ducey had placed a double standard on water parks.

PHOENIX - Golfland Sunsplash is suing Arizona Gov. Doug Ducey over the closure of their park, citing the governor's lack of guidance on reopening and his "arbitrary and irrational" treatment of water parks in the state.

In a complaint filed with the Maricopa County Superior Court, the water park alleged that when they initially reopened from the state's stay-at-home order, they complied with guidelines from the Arizona Department of Health Services - and were soon forced to close again without any prior notice or any opportunity to reopen again.

Sunsplash alleged in court documents that Ducey had placed a double standard on water parks, as hotel and state water parks have been able to reopen despite offering similar amenities to the public.

Ducey's executive order "Pausing of Arizona's Reopening, Slowing the Spread of COVID-19" was issued following a period of significant case spikes on June 29.

This order closed water parks until July 27 and eventually "revoked any commitment to allow water parks to reopen" after the governor issued another executive order to keep certain businesses - including Sunsplash - closed after the previous order had expired.

The park claims that despite creating new rules for their reopening that would reduce the risk of spreading the virus, they have not been given an application to reopen.

"There is nothing [Sunsplash] can do to comply...and reopen its business while still complying with ADHS COVID-19 guidelines," a court document states.

This lawsuit was filed Aug.10, the same day Ducey provided a new set of guidelines for "paused businesses to reopen." 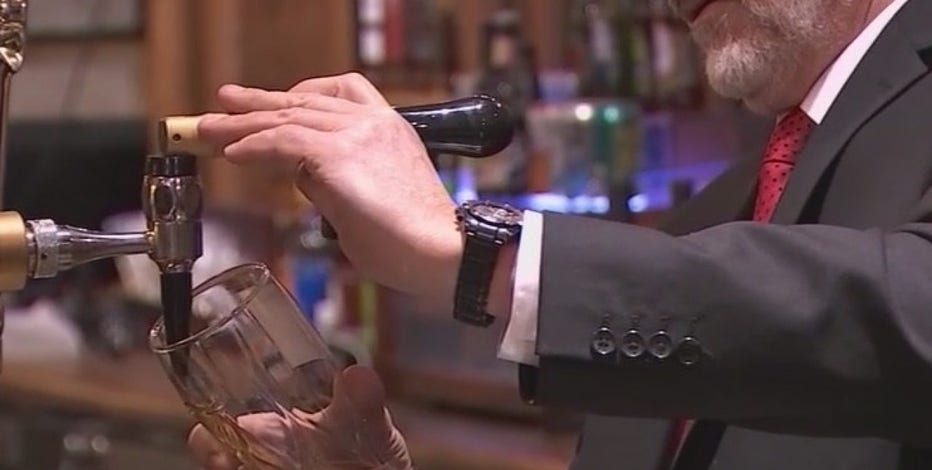 Arizona Governor Doug Ducey's office released guidelines for businesses to follow for reopening amid the COVID-19 pandemic. Bars and gyms are among the businesses that have been shuttered the longest.

"We have been forced to close down, while other water parks in the Valley have remained open," aid General Manager Stephen Carlston. "Regardless they are attached to a hotel, they are waterparks, and the Governor nor anyone else has done anything else to shut them down."

Carlston says prior to closing again on June 29, the park followed all the guidelines required to keep people safe, and during the six weeks they were open, they had zero cases of COVID-19.

"We have Season pass holders that quite obviously expected to use those season passes through the end of our season. Now we have to, of course, refund partially or fully, depending on usage," said Carlston.

Carlston says if he can keep his 700 employees safe, it should not be difficult to keep his customers safe as well.

In response to the lawsuit, officials with the Governor's Office issued a statement that reads, in part:

"We’re following the law and the constitution. Earlier this week, the Department of Health Services released public health recommendations to guide the eventual safe reopening of paused businesses in Arizona."

The CEO of Mountainside Fitness took his concern to court about being forced to close his fitness clubs and a Maricopa County judge ruled gyms needed to be given guidance on how to reopen.

Under the new guidance, businesses need to complete an "attestation" form, saying they will comply with the guidelines set forth. Businesses are warned that they can be shut down immediately if they aren't following guidelines.

Tangible Fitness in Phoenix had planned to reopen Aug. 11. Owner Chris Scheimann said there’s been a lack of clarity and leadership from the governor’s office.

“We’re going to open. I’m at a loss. I’ve been closed for a long time, I can’t afford this anymore. I’m so far in debt," said owner Tangible Fitness Chris Scheimann.

For more coverage on the pandemic in Arizona, visit https://www.fox10phoenix.com/shows/coronavirus-in-arizona