MESA, Ariz. - Melani Pawlowski – the niece of Lori Vallow, the so-called "Doomsday Mom" accused of killing her two children – was dismissed from her own criminal charge in Mesa Municipal Court.

Pawlowski, 33, was accused of computer tampering by Mesa Police. The victim in the case is her ex-husband, Brandon Boudreaux. Boudreaux was shot at in Gilbert in October 2019, and according to investigators, Boudreaux believed Pawlowski provided the shooter with his new address.

The Gilbert Police Department’s shooting investigation identified the suspect as the late Alex Cox, Pawlowski’s uncle and the brother of Lori Vallow. The shooting is part of a chain of events linked to the case of Vallow’s two children, 16-year-old Tylee Ryan and 7-year-old Joshua "JJ" Vallow, who went missing in Idaho after she moved them from Chandler to Rexburg, Idaho in the fall of 2019.

Chad Daybell is at the center of a complex case involving the death of his first wife, as well as the deaths of his new wife's two children, in a case that has garnered national and global media attention. In 2021, Gilbert Police recommended attempted murder charges for Daybell and his new wife, Lori Vallow, in connection with the attempted murder of Vallow's niece's ex-husband. (March 2022 report)

MORE: Relative of Tylee Ryan, JJ Vallow with ties to Arizona fears for his life

In November 2021, Gilbert police recommended attempted murder charges to the Maricopa County Attorney’s Office to be filed against Vallow and Daybell, who were believed to orchestrate the shooting. Prosecutors chose not to charge Daybell and Vallow’s case is still being reviewed. Charges for Pawlowski were not submitted to MCAO.

Vallow is also charged with conspiring to kill her fourth husband, Charles Vallow, who was fatally shot by Alex Cox in Chandler back in July 2019.

New details in Mesa PD’s identity theft investigation of Pawlowski alleged she used a copy of a $12,000 check deposited into Boudreaux’s business bank account to present as an exhibit during a family custody hearing. Boudreaux and Pawlowski went through a long court battle over their four children, after their 2019 divorce.

According to Mesa’s police report, Pawlowski agreed to take herself off the bank account for Boudreaux’s business known as Cougar Consulting. Bank records show Pawlowski accessed the Chase Bank account several months after signing the divorce decree. Investigators say Pawlowski was supposed to remove herself from the account no more than 60 days after the sale of the former couple’s property on October 3, 2019. The account was accessed sometime after March 2, 2020.

Relative of Tylee Ryan and Joshua Vallow fears for his life

Brandon Boudreaux claims the mother of Tylee Ryan and Joshua Vallow heavily influenced his ex-wife through a religious group. So much so that she left Arizona for Idaho after an attempt on his life failed. (January 2020 report)

The investigation started in November 2021 and a detective with Mesa PD interviewed Pawlowski’s attorney Garrett Smith. According to the report, Smith admitted Pawlowski was indeed removed from the bank account when she logged into the online account only because the login information had not changed.

"Garrett told me it is not Melani’s fault that Brandon was ‘dumb’ and did not change the login information until three days after Melani accessed the online account," the detective recounted in the police report.

Smith told police that Pawlowski believed Boudreaux owed her money from the check and that is why she logged into the account to get a copy to her attorney.

The investigation concluded with the detective finding probable cause to charge Pawlowski with one count of computer tampering which is a class 3 felony.

The charge against Pawlowski has been dismissed, according to the court on Sept. 26.

New details surrounding the family of Lori Vallow continue to emerge, months following the disappearance of two children with ties to Arizona.

Pawlowski has a criminal record in Utah. She was arrested for criminal trespassing with a domestic violence enhancement in November 2019 when police say she tried to get her children who were staying with Boudreaux’s parents in American Fork City in two separate incidents. The grandparents called 911 when Pawlowski would not leave the property.

Pawlowski was convicted and then sentenced in December of 2020 and put on probation according to court records. 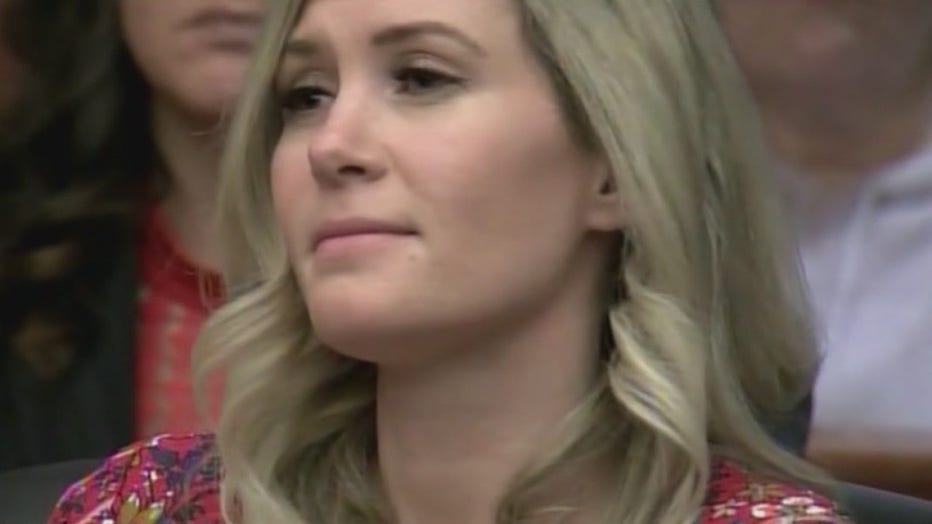