Suspect arrested in murder of man at Phoenix skate park

Mykal Drew, 21, has been arrested for the killing of 18-year-old Vincente Ladua at Paradise Valley Skate Park.

PHOENIX - Police have arrested a person accused of shooting and killing an 18-year-old man at a north Phoenix skate park on the night of Feb. 11.

The shooting was reported just before 8 p.m. near Paradise Valley Skate Park at 40th Street and Bell Road. When officers arrived, they found 18-year-old Vicente Ladua with "obvious signs of trauma," police said.

Witnesses reportedly said they saw a man shoot him several times before running away. Ladua later died from his injuries. 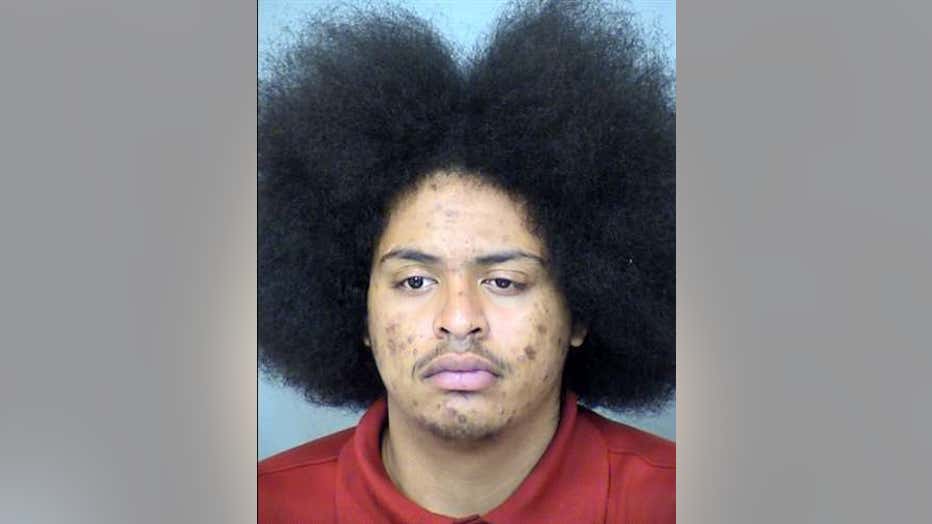 A shooting that happened on Feb. 11 near Paradise Valley Skate Park resulted in the death of 18-year-old Vicente Ladua. FOX 10's Stephanie Bennett spoke with Ladua's family, who is seeking justice for the 18-year-old amid heartbreak.

Ladua's mother, Selena Regalado, is still in shock over what happened.

"He was so funny. So goofy," said Regalado. "He loved the outside. He was just a happy, happy kid. Just so happy."

"For someone to shoot him that many times, shoot him to hurt him," said Regalado. "You killed him. You murdered him, and he’s not coming back to his little sisters or his dad or his brothers or his sister. We’re all just so hurt. It’s heartbreaking."

Regalado said she heard the gunshots from her home nearby. She ran to the scene, where her younger son was holding Ladua in his arms.

"I just want the person that did this to my son to come forward," said Regalado. "I mean, you did it. You messed up your own life. You made your bed, now lie in it."