School district officials and coaches&nbsp;are speaking out, as a scandal involving the now-former sports coach of an Ahwatukee high school sharing team secrets to opposing teams&nbsp;continues to unfold.

PHOENIX - School district officials and coaches are speaking out, as a scandal involving the now-former sports coach of an Ahwatukee high school sharing team secrets to opposing teams continues to unfold.

The coach, identified as Justin Hager, is accused of tipping off opposing teams, sharing all kinds of information that would give them the upper hand. Hager, who was Mountain Pointe High School's girls varsity basketball head coach and an assistant football coach, was caught sending hundreds of secret emails to opponents that featured game plans and diagrammed plays. 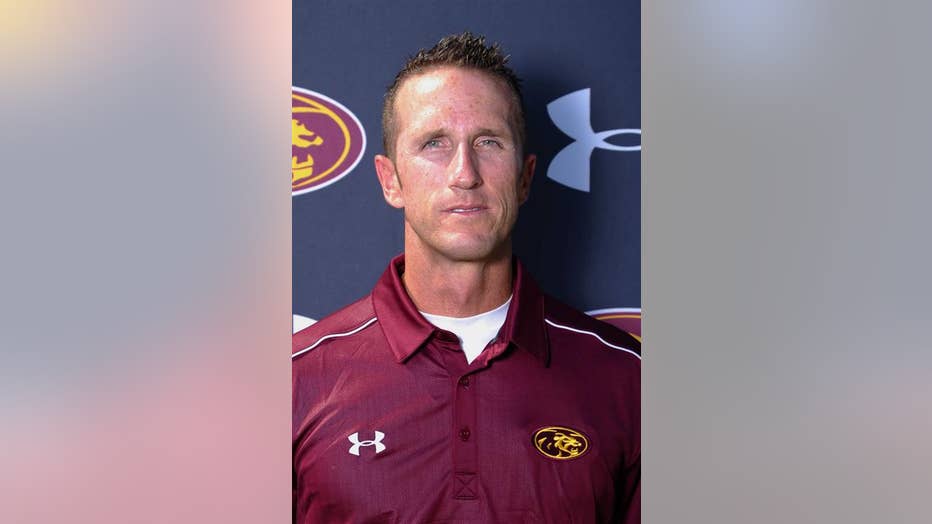 Hager has since resigned, according to Tempe Union High School District officials, and the Governing Board is set to approve the resignation on September 18.

Mountain Pointe High School is one of two public high schools located in Ahwatukee, a southern suburb of Phoenix that is located to the west of Tempe and Chandler, across the I-10. Tempe Union High School District officials say Tempe Police was not involved in the investigation, as the school district has found no criminal activity that is tied to the evidence they have obtained. 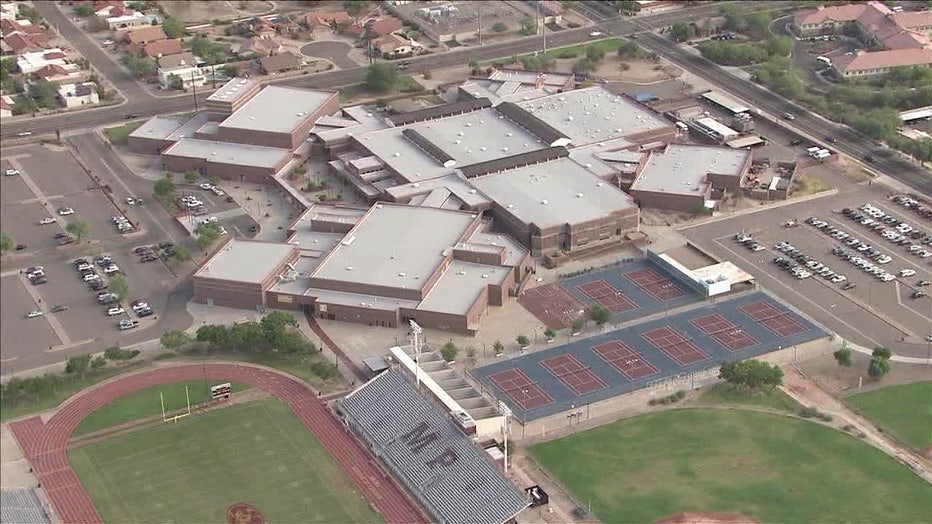 Meanwhile, the head football coach at Faith Lutheran, Vernon Fox, also commented on the unfolding scandal. Fox was one of a number of coaches who received e-mails from the WalterPayton12@yahoo.com.

"My intent in it wasn't to get any attention or to be a hero," said Fox, in a phone interview. "I knew what was right and what we teach our boys, and we didn't want to participate."

In Fox's response to Hager, he simply wrote "Sir, I don't believe in cheating". 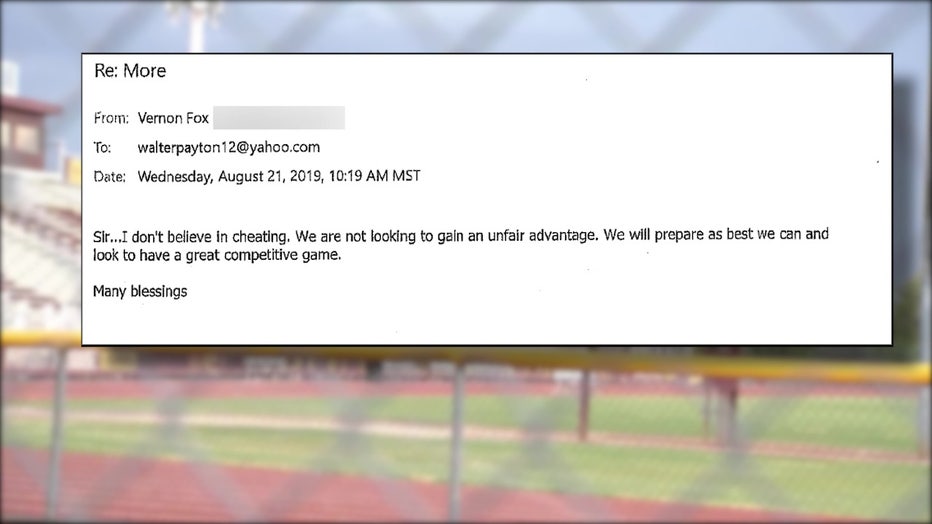 "My original reaction was shock," said Fox. "I didn't know if it was something that was real or someone was catfishing or sending something."

Fox relayed his concern directly to Wellbrook, during a pregame handshake.

"They mentioned to me that they were somewhat aware that something had been going on," said Fox. "I dont think he knew the depth of the situation, but he even knew the email address, the alias being used."

"We got the information, we turned over to our district office and they handled it from there," said Mountain Point High School Principal Tomika Banks.

Banks suggested to FOX 10 that the school was in the dark about the email account, but Fox says the coaching staff may have had a pretty good idea.

"I don't know if they knew where it was coming from, but he was aware that something had been going on, and that we weren't the only team that had been reached out to," said Fox.