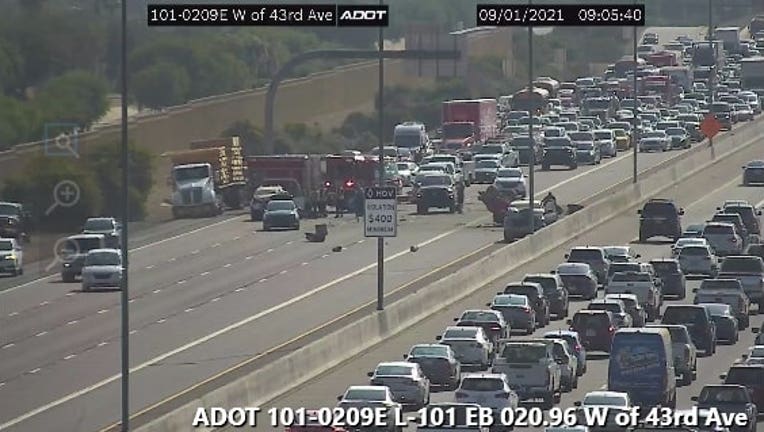 A crash on Loop 101 in North Phoenix

PHOENIX - Three people have been taken to the hospital after a multi-vehicle crash on Loop 101 Wednesday morning, according to the Phoenix Fire Department.

The crash happened in the westbound lanes of the Loop 101 freeway near 51st Avenue on Sept. 1 at around 9 a.m.

A sheriff spotted the collision and called for assistance. Fire crews arrived within minutes, officials said.

Three men were hospitalized. One in his late 20s and another in his late 30s are in critical condition, while the third victim, a man in his early 20s, is in stable condition.

All traffic lanes have been reopened.