28-year-old Krystal Guevara was shot at her apartment complex near 45th Avenue and Thomas Road. Police and paramedics performed CPR, but Guevara died at the hospital. Days later on Feb. 5, friends and family came together to remember her and to demand justice as the suspect is still on the loose.

PHOENIX - A woman has died after being shot near 43rd Avenue and Virginia on Thursday night, and Phoenix police are still working to find the shooter.

Police responded to a shooting call in the area at around 9 p.m. on Feb. 3 and found a 28-year-old woman who had been shot.

The victim, identified as Krystal Guevara, died from her injuries at the hospital.

Police said the shooter is believed to be a male, but did not release any other information.

Investigators are still working to find witnesses and figure out what led up to the shooting.

Family members and loved ones gathered on Feb. 5. to remember Guevara.

"You took an innocent female from her son, her only son," a loved one said. "It was selfish of you, and I don't wish bad on nobody, but karma has its way of working - what goes around comes around."

A GoFundMe has been set up and can be found here: https://gofund.me/0b1a66d8 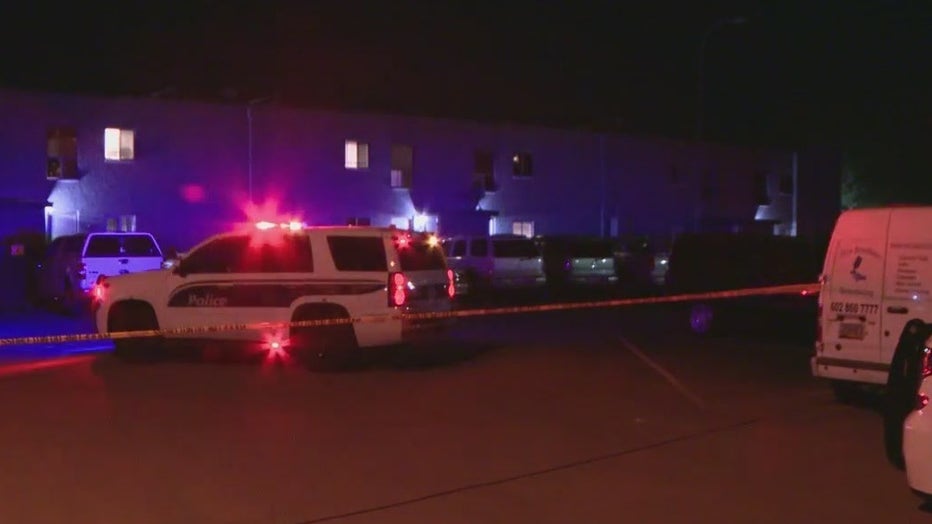 The scene of a shooting at an apartment near 43rd Avenue and Thomas.