Retired Air Force Major Fannie Griffin McClendon who served in World War II, now living in Tempe, reflects on her 101 years of life and her historic service to our country on Veterans Day 2021.

PHOENIX - Sit down with retired Air Force Major Fannie Griffin McClendon in her Tempe home and you'll see she is truly a marvel.

"I don't think about it much," she said about her age and jokingly added, "They keep telling me I am, I said ‘OK.'" 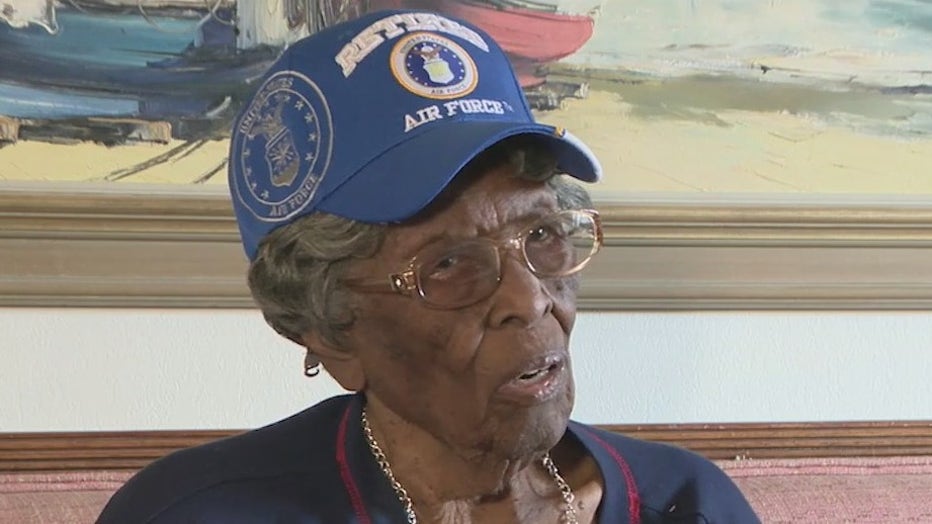 At 19-years-old, she enlisted in the U.S. Army, not knowing that joining the unit that she did would change her life.

The 6888th Central Postal Directory Battalion, known as "six-triple-eight," made up of 855 black women who were sent to England to serve during WWII.

"To be able to be over in Europe and all and see the things that I had studied about over the years – really quite enlightening," McClendon said.

The women took on a crisis of getting undelivered mail to seven million servicemembers, a two-year backlog of mail and packages to be tackled.

The women processed 65,000 pieces of mail per shift to get the job done.

After the war, McClendon returned home.

"To see my family and tell them the things I had learned and to also go to school," she said.

Out of the 855 battalion members, only seven are believed to be alive today, including McClendon.

"My family I'm sure is proud that I took part in that experiment really at that time," McClendon said.

She later joined the Air Force as the first female commander of an all-male squadron with the strategic air command.

She and her late husband Roy made Arizona their home.

On Veterans Day 2021, McClendon stepped out and enjoyed the parade, honoring those who served.

"I can't imagine that there were that many people on the street, but it was a beautiful day, thank God for that," she said, reflecting on the parade.

Chan began serving his country in 1943 as a pilot during the war flying across Europe. After retiring from the service, Chan worked for an aerospace and defense company as an inspector general.

The city of Chandler held a ribbon-cutting ceremony on Nov. 11, showcasing its very latest tribute to our veterans, the new Field of Honor at the Veterans Oasis Park.

The 25th Annual Phoenix Veterans Day Parade marched through the streets of Central Phoenix on Nov. 11, honoring those who served our country.