'Cholla Charlie': Chihuahua gets adopted after run-in with cactus

A 5-month-old chihuahua has found his new family after a run-in with a cholla cactus in Surprise last week. FOX 10's Steve Nielsen reports.

SCOTTSDALE, Ariz. - A 5-month-old Chihuahua dubbed "Cholla Charlie" has found his forever home after getting into a prickly situation in Surprise last month.

After the puppy was found covered head-to-toe in cactus barbs on July 22, veterinarians with the Arizona Humane Society successfully removed all of the cactus from his body.

After a full recovery, "Cholla Charlie" was put up for adoption on Wednesday at the humane society's adoption center in the Scottsdale PetSmart located near Miller and Camelback Roads. Nearly 40 people reportedly had called and made appointments to meet with the puppy.

One couple was chosen to be Charlie's new parents. Their last dog, Lucy, passed away at the age of 14.

"I always felt that Lucy had sent this [puppy] to us," said the chihuahua's new owner. 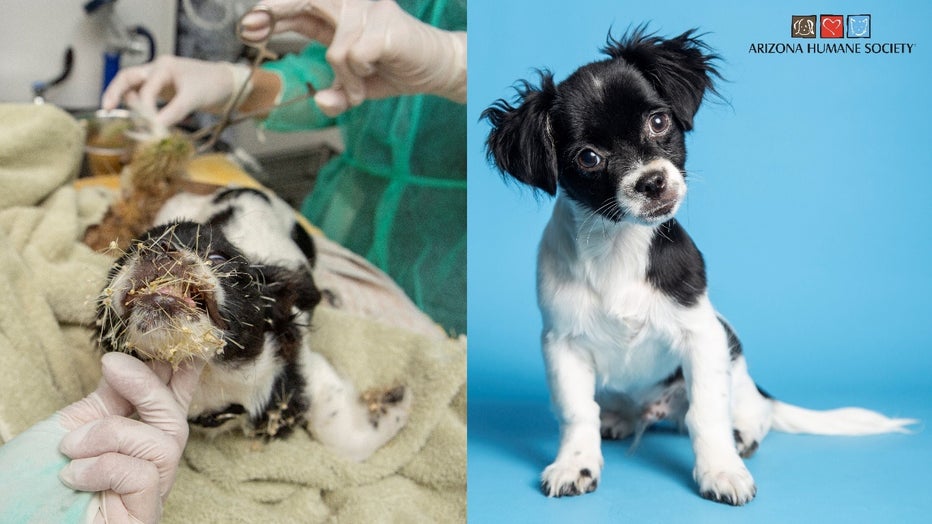 The Arizona Humane Society says it treats over 11,000 pets at its animal trauma hospital each year.

The settlement arose out of a lawsuit that alleged Arizona’s prisons didn’t meet the basic requirements for providing adequate medical and mental health care for prisoners.

Authorities say Robert Krebs carried out the January 2018 holdup in Tucson about seven months after he was released from prison as he was struggling to adjust to life on the outside. His attorney said Krebs wanted to go back to prison.