A man who was recently released from prison was fatally shot after he was reportedly breaking into a Glendale home.

GLENDALE, Ariz. - A man who was just released from prison was fatally shot by a Glendale Police officer during an in-progress burglary call.

Just before 8 a.m. on May 3, police say the alarm company notified the homeowner, who called a family member to respond. The family member arrived at the home prior to the officers and saw an unknown male inside.

"Officers arrived on scene and located the suspect within the garage area. He told police they were going to have to shoot him," said Sgt. Randy Stewart.

The SWAT team later cleared the residence and encountered the suspect in the garage.

"He had barricaded himself with a refrigerator and was inside of a vehicle in the garage," said Stewart.

The SWAT team attempted negotiations for a peaceful surrender and just after 10:00 a.m., they approached the vehicle.

"The suspect jumped out with hand tools and charged at the officers. One member feared for his life and his team members and discharged his firearm," explained Stewart.

Police said they found a screwdriver, a "cutting instrument" and other hand tools next to his body.

"We tried to breach the car from the outside. We attempted many different ways to get him out before it turned into a lethal encounter. We were still trying to attempt to get him out peacefully.. when he came out of the car and charged at our officers," said Officer Tiffany Ngalula.

The Glendale Police Department says no officers were injured.

The suspect, 45-year-old Mariano Villegas from Phoenix, was transported to an area hospital where he later died.

Villegas had just been released from Lewis Prison on May 1 after serving time for unlawful flight of a law enforcement vehicle and disorderly conduct.

Officials say the police officer who fired his weapon has been placed on administrative leave. The investigation is ongoing. 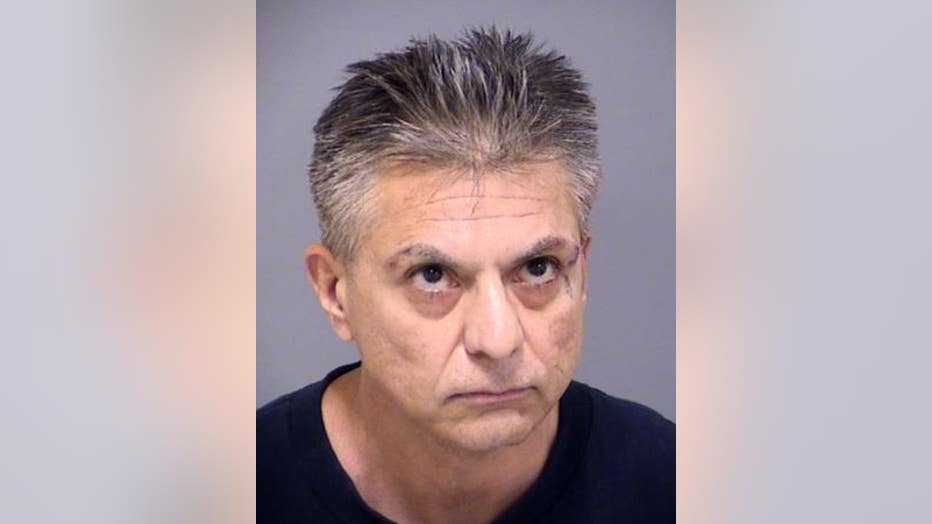 A booking photo of Mariano Villegas from May 2, 2021. (Glendale Police Department)

Details of suspect's violent past

Villegas was a convicted felon who got out of prison over the weekend. He has a lengthy criminal record, which includes a conviction for manslaughter.

He was sentenced in June of 2018 after being convicted of unlawful flight of a law enforcement vehicle.

Court documents reveal Villegas led police on a brief car chase after a Phoenix resident accused him of swinging a bolt cutter at him.

In 2006, he was given a ten-year sentence in Navajo County for manslaughter.

The Glendale Police Department is investigating an officer-involved shooting that happened near 59th and Northern avenues following an in-progress burglary call.

No venue change for suspect in murders of 2 Arizona children

A Pima County judge has denied a venue change for the trial of a man accused of killing two young girls. Lawyers for Christopher Clements argued that holding the proceedings in the county would deprive him of a fair trial.

Ducey: Arizonans receiving unemployment benefits must prove they are actively looking for work

"The Arizona Department of Economic Security will begin enforcing the reinstated requirement the week of Sunday, May 23," the governor's office said in a news release.

A Valley nurse was seriously injured in a Colorado crash and is finally back in Arizona. She's now looking for housing for her and her children.