Decades later, Arcosanti still stands in the heart of the Arizona desert

It's said to be the inspiration for Mos Eisley spaceport on Tatooine in Star Wars, with director George Lucas reportedly visiting the site before producing the first movie in the franchise. FOX 10's Kari Lake takes a look at Arcosanti, once touted as the planned city of the future.

NEAR CORDES JUNCTION, Ariz. - It's said to be the inspiration for Mos Eisley spaceport on Tatooine in Star Wars, with director George Lucas reportedly visiting the site before producing the first movie in the franchise.

Arcosanti, near Cordes Junction, was once a planned city of the future. Nowadays, it remains a home for artisans, and a place for students and visitors to learn a different way.

"We have three Airbnbs and 12 guest rooms people can book out on a nightly basis," said Tim Bell.

Arcosanti was billed as a city of the future, where people could live and work without the long commute, and without the stress of urban sprawl. 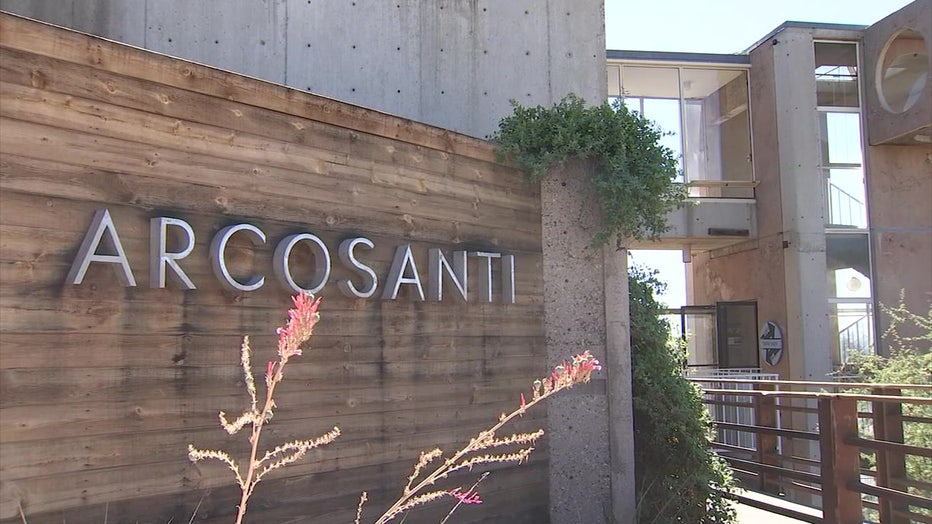 "The full time population is 60 to 80, but if our guest rooms are full and our Airbnb, we can have upwards of 150 people per night on this site, and if we are doing another college group, we could have another 150 people in all our dormitories," said Bell. "Spring and fall, there is basically something happening here every weekend."

Bell is Arcosanti's Director of Communications, and is getting the word out about Arcosanti's educational programs. Music festivals are also a priority now.

"Our concert series is pretty diverse," said Bell. "We have a Shakesperian play that just happened. We have a classical music concert. We have two festivals: a really large scale music festival and a smaller, community-oriented festival." 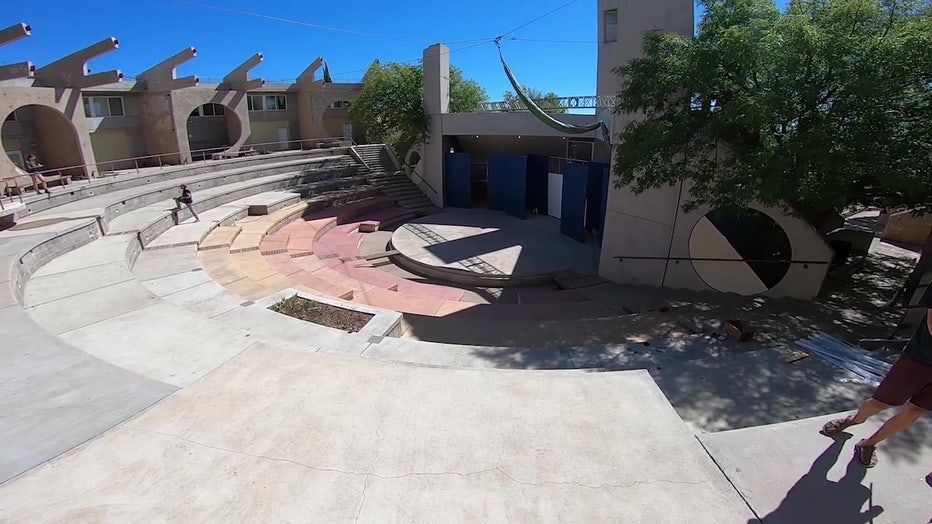 The dreams were bigger when Paulo Soleri founded Arcosanti in the 1970s. It started out as a few volunteers living in a field, but thousands later arrived to build what is seen today.

"From 1970 to 1985 or so, the vast majority of this was done by volunteers," said Bell. "There were about 8,000 volunteers who came through the site to help pour concrete, to help dig foundations, so you needed a way especially during the summertime to keep them shaded."

There is no central air conditioning or heating at Arcosanti, but the massive shade structures and greenhouses help. 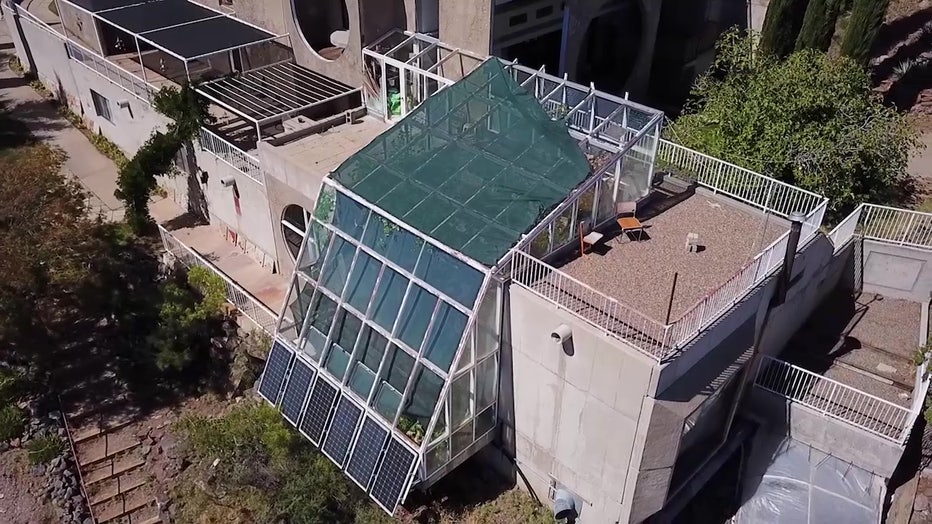 "Basically, that greenhouse is built into the structure. You keep all of these dorms closed, so in the winter, that keeps the ambient temperature inside the structure relatively high," said Bell. "During the summer, we have those shade cloths in there. We pop open the doors and let the breeze blow through. Then at 3 o'clock each day, we meet at the pool and everyone goes for a swim because it does get pretty warm up here in July and August."

The pool isn't just a luxury. 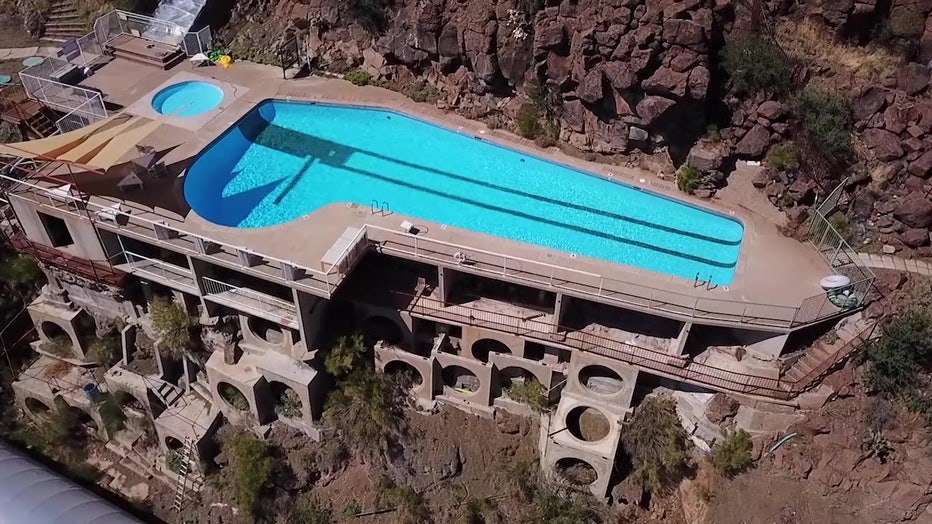 "The pool was actually the second thing built up here, so that tells you how hot it gets deemed to be critical infrastructure," said Bell.

The main industry at Arcosanti is bell making. The Soleri bronze and ceramic bells are famous worldwide. 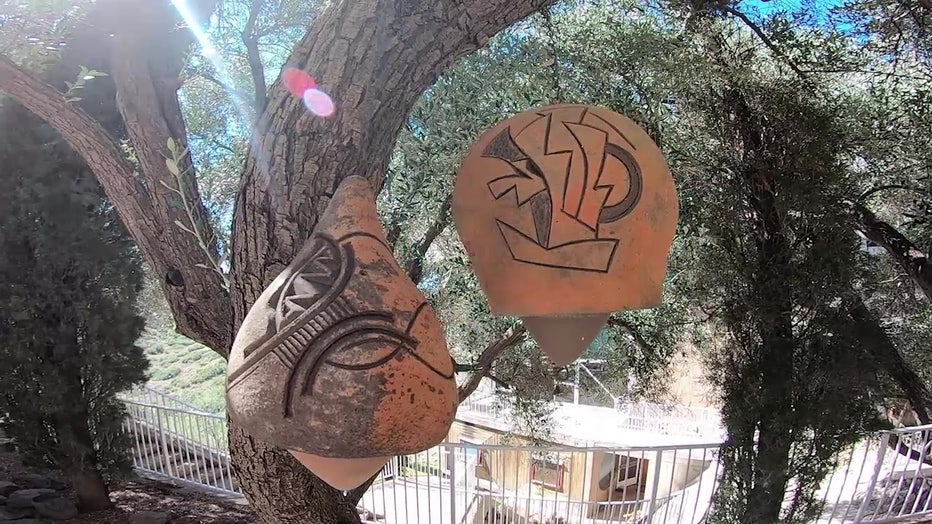 "On any given month, we are producing between 300 and 400 pieces of individual ceramic here," said Bell.

The bronze or ceramic bells can be bought at Cosanti, Arcosanti's gift shop.

"There is about 60 to 80 people who live here full time, and probably half the people are employed in the bell business," said Bell. "If you are to view Arcosanti as a small city, if you are going to call it that, then the bell industry would certainly be our largest industry in the city."

The self-sustaining city in the Arizona desert is beautifully futuristic from the air, as seen from the SkyFOX Drone in Drone Zone.

On the ground, it's a place to live and learn, even visit overnight for those who want to get the full effect for an alternative life apart from the daily rat race.

"We get a lot of questions about why isn't it finished, why aren't you further along," said Bell. "I think the easiest answer to that is it was always meant to be a prototype. It's meant to give you a feeling of what something like this, executed at scale might look like, so this is what it feels like on a day to day basis."